The return of the sun

Imagine living in a place where you are not able to see the sun for two whole months - a place where the sun disappears in November and does not return until late January.

Do you think that sounds awful or depressing? Living in Northern Norway, in a small place in Finnmark called Hasvik; I can assure you that it is not. At least I do not think so. We call the period of the year when the sun is below the horizon for The Polar Night period. I think it is one of the finest times of the year. The light can be so magical that sometimes I have to pinch myself to make sure I am not dreaming.


Despite the beauty of The Polar Night period, in January every year we wait impatiently for the sun to reappear. Where I am living, in Hasvik, we are able to see the sun for the first time on January 21 from the top of a mountain called Løva. I was planning my first meeting with the sun for several days, studying both the weather forecast and the climbing conditions. The mountain Løva is not very high, only 268 meters above sea. It had not been snowing much so far this winter, so I figured it would be easy to climb up to the top. It might be a bit icy in some places, but I planned to use shoes with ice spikes. The weather forecast for 21 January was very good: no wind – and most important – no clouds. On 21 January, I got up early. I knew that the sun would appear at approximately 11:10 and would stay for only a few minutes on her first visit. It was important to be there, ready with my camera when she said her first hello. 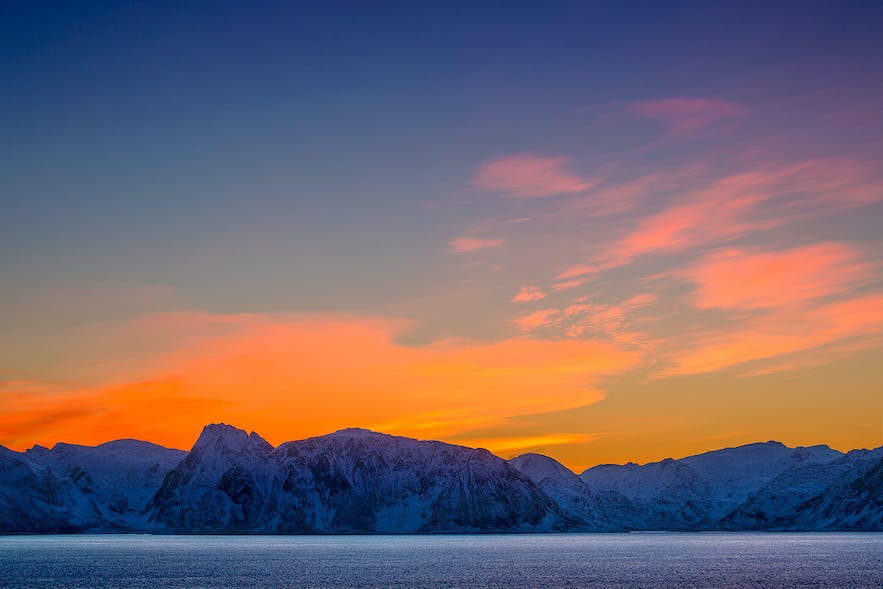 The weather was just as predicted and perfect for my plans for the day. I was convinced that I would have my first glimpse of the sun this year. I looked up at the sky. It was a beautiful morning ... over the mountains in the east the sky was red-orange. While climbing up towards the top, feeling both sweaty and breathless, I was thinking it would probably be wise to start prioritizing some serious exercising! I had to take many breaks. It was nice though, sitting on a cold stone listening to the distant sound of the ocean and the waves beating slowly against the shore far below. It was a beautiful day with a fascinating pastel colored light in northern direction. The houses far down in the inner fjord looked like playhouses made by Lego bricks. Along the narrow gravel road that was winding itself through the fjord towards the small houses, I saw some people taking their daily morning stroll. They looked so tiny, almost like ants. It was like a world in miniature. 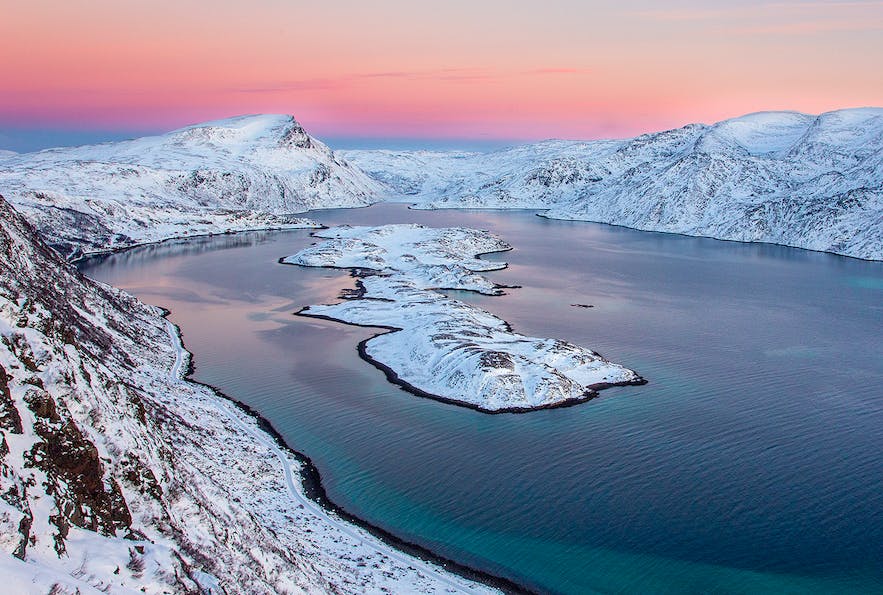 Finally, I reached the mountaintop, and I had the most splendid view. I watched towards the majestic mountains in the east where the sun was about to appear very soon. The sky was golden without a single cloud. Perfect!I started preparing myself for immortalizing this great annual event of the year ... the first glimpse of the sun. I put my camera with a telephoto zoom lens on the tripod, and waited in great excitement.Suddenly the magic moment was there. The sun was finding her way up over the lower mountaintops, spreading more and more of her golden beams over the cold landscape. After two months of absence, she was finally back! 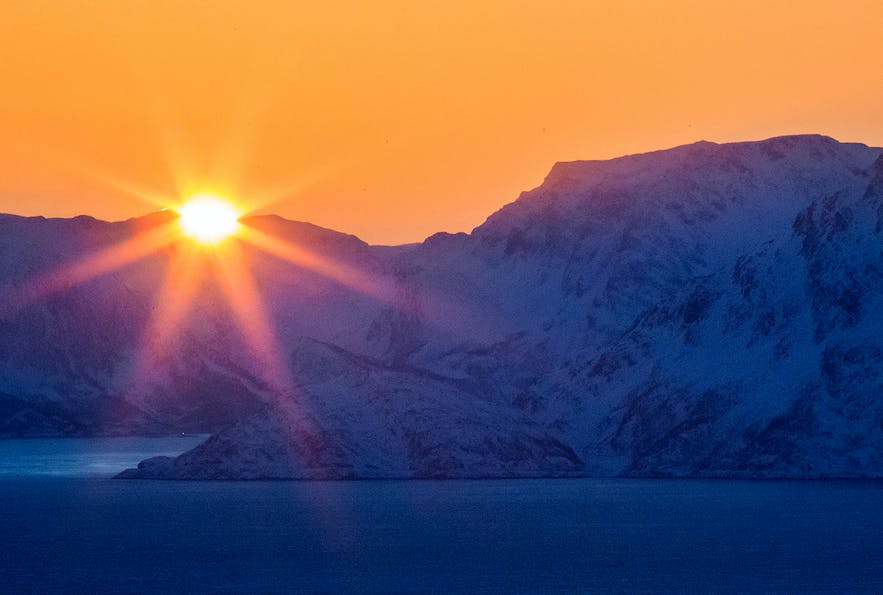 The sunbeams gently stroked my face and it was like saying hello to a dear old friend that I had not seen for a long time. It filled my heart with love, joy, happiness and gratefulness. The magic moment lasted for about 10 minutes. The sun moved fast over the golden sky andsuddenly she was gone, hidden behind some high, majestic mountains. 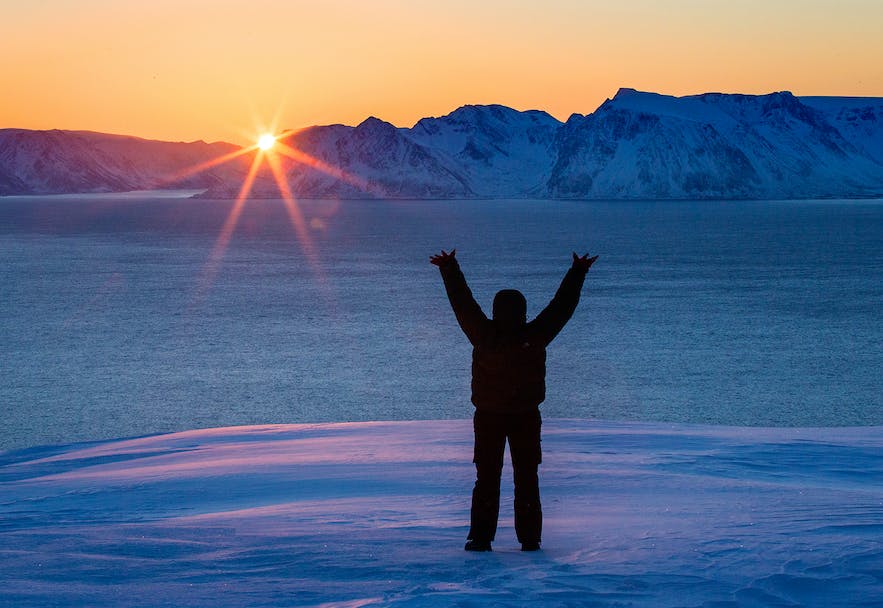 In the following days, the sun will rise higher and higher on the sky. In the middle of May she will shine around the clock, and we call her the midnight sun. But that is another story ...