The Northern Lights in Norway

If seeing the Northern Lights is on your bucket list, then Norway is one of your safest choices.


The most frequent question I get is when and where you can see it. The Northern Lights are visible between September and April on clear dark skies, above the Arctic Circle. In Norway, the Arctic Circle is located a bit south of the town Bodø. The lights will also be visible south of the Arctic Circle if it’s really strong, but my best recommendation is to travel to the Lofoten Islands or Tromsø, which both is located well above the Arctic Circle. Here in Lofoten where I live, there is a good chance of seeing the northern lights as long as the skies are clear. And there are a lot of great locations here where you can witness and photograph the lights, with beautiful scenery and no light pollution from settlements or streetlights. 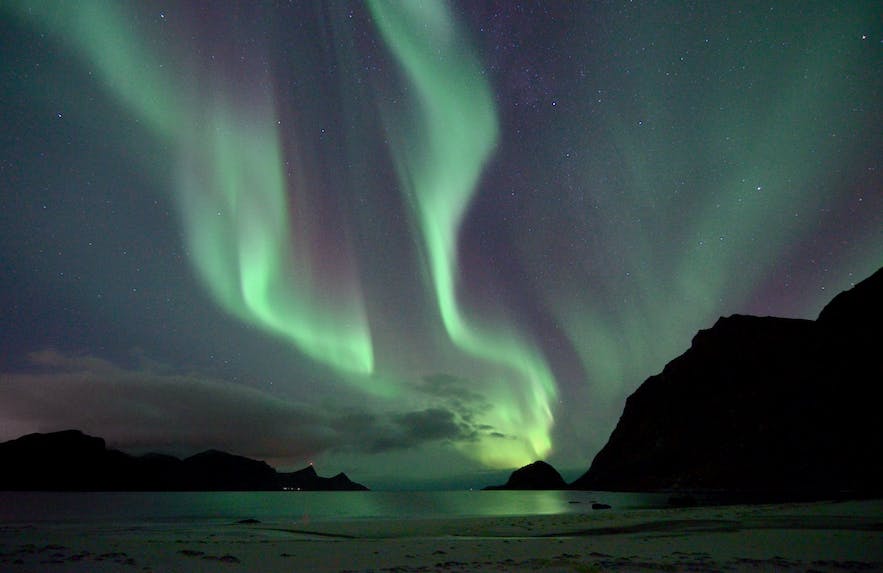 What causes the Northern Lights?

The sun constantly emits solar winds that hold particles of different kinds. There particles enter the Earth's upper atmosphere around the North- and South Pole, and the Aurora is created. The particles travel from the Sun to the Earth in about two to four days.

There have been a lot of superstitious beliefs throughout the history, but even when I was a child we were told not to whistle or wave at the lights with a white towel, or we could be snatched by it. Of course this became a very exciting thing to do. Whistle, and then run back into the house.