The origin of the northern lights have various explanations in folklore and mythology. The lights have been described in ancient times by indigenous peoples, polar explorers and even mentioned in the Old Testament. This is the explanation given by the Sami people. 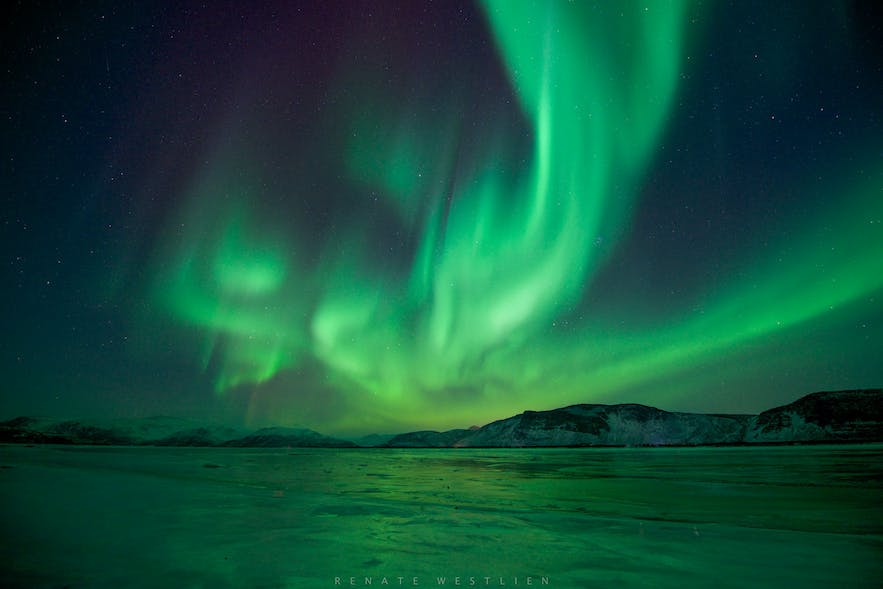 The Sami people in the North, indigenous to Norway, Sweden, Finland and Russia, believed that the fires in the sky were the souls of the dead and that they had magical effects.

Sami shaman drums often had symbols that depicted these fires. When the aurora blazed in the sky you should be careful and stay inside and the children were told to quiet down.

If you disrespected the lights it would not only bring bad fortune, the lights could also sweep down and beat you to death. Despite the danger of mocking and teasing the northern lights - you were never supposed to wave or whistle at it - there was a rhyme that every child knew but never dared to say out loud.

The Finnish word for aurora borealis is “revontulet”, which literally means “fox fires”. A Sami legend tells that the lights are caused by a magical fox running across the Arctic fells. The fox sweeps its tail across the snow sending a trail of sparks up into the sky.

The Sami word for aurora borealis is “guovssahas”, meaning “the light you can hear”. There are stories about people having heard the northern lights and they describe the sound as static or faint crackling.

The scientific explanation of the northern lights is “a solar wind that sends charged particles towards the Earth, and upon colliding with its atmosphere they produce energy given off as light. "Myths and legends" gives a much cooler explanation, don’t you think?

If you are planning a trip to Lofoten and are looking for hiking trips, you will most likely have heard about the mountain Reinebringen, which gives you one of the most spectacular views in Lofoten. R