The Reality of Seeing the Aurora Borealis

Find out why you might not see the Northern lights like in the pictures that you find on social media.

The season is almost over if not already completely over as the long summer days are taking over. But this might help with your anticipation and expectations of seeing them next winter.

The left image above is straight out of the camera (which is duller than the preview you get on the back of the camera, because that is actually a Jpeg preview where the camera decided to show an edit, with only sharpening and lens corrections done to it.

The middle image is what I did in lightroom.

For the image on the right I didn't like how cold white balance removed colors from the Aurora, so I selectively added them back in Photoshop to the right.

What are the northern lights?

A while ago I read an article talking about the truth behind the Aurora Borealis and I was annoyed because it made it seem like all the photos out there are lying only to crush dreams. 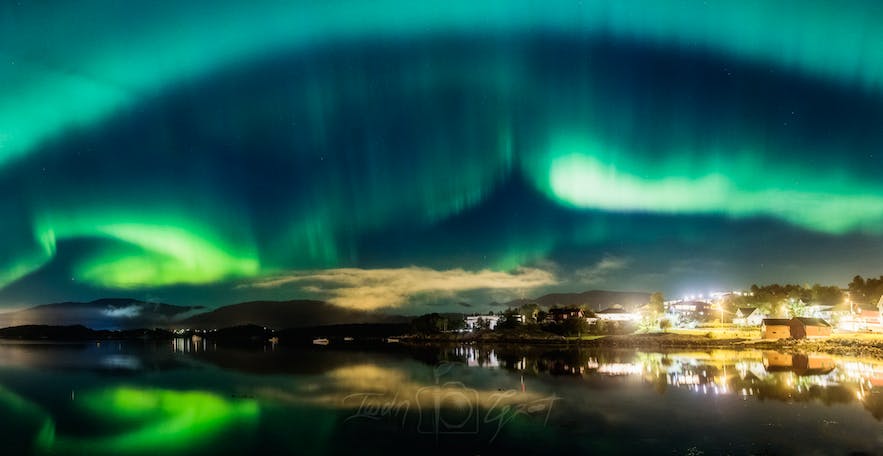 They appear at the poles. Some interpret it because of the poles have weaker magnetic fields and therefore can be penetrated or that some because of the magnetic poles the charged particles are drawn to them. Just so you Know the Magnetic poles are not the same as the geographical poles. So the Higher latitude or lower latitude isn’t the determining factor to being close to them.

Now that you know a little background information I want to talk about “Night Vision” vs. “Camera Sensors... Some people when seeing the aurora for the first time complain about how faint, how slow, or they dont see color.

There are differences in camera sensors and eyes, and both have their strengths and weaknesses in comparison to one another. Camera sensors are not limited by night vision only by the amount of light they can capture is differently.

Our eyes have pupils which are the same as apertures in lenses. And function the very alike, during the day they close a bit to let less light in as well have an effect on depth of field and much more will have be in focus though not enough to compare to the likes of f16 or smaller on a camera. And dont have as much bokeh as from the likes of other photos. When I shake my head I would liken the shutter speed of my vision with 24 frames per second to 1/60th of second to 1/100th of second as there is some motion blur when panning with my head.

Our Eyes have two types of sensors Rods and Cones on the Retina. There are about 120 million rod sensors and more sensitive than cones but dont pick up on color. We have between 6 to 7 million cone sensors at the middle of our retina and are mostly red sensors, and then majority of the remainder sensors are green sensors and a small percent of the sensors are dedicated to blue. Due to the small amount of blue sensors they are more sensitive to light as well as our brain has a type of blue amplifier to help compensate.

As light becomes less abundant the Red sensors. That said our night vision is limited when it comes to color. Having mainly black and white sensors at night we are mainly picking up on tones, contrast and textures. Green is therefore the most sensitive at night and will pick up the most color.

Our brain meanwhile using its amplifier and our upbringing of thinking of the sky as blue and therefore when gazing at the night sky we will mainly see green or blue.

During the Day our eyes are incredibly fast at dynamic range, and light intensity. However at the extremes it takes a bit more time for our eyes to adjust to amount light. It takes about an hour for our eyes to properly adjust to the dark skies.

If you want to adjust properly you should refrain from using any LED lights, or look at any backlit screens such as your phone, as well as cameras, laptops. LED lights distrupt our eyes adjusting and trick our eyes into thinking we aren’t tired as well.

However most of us are out to take photos of the auroras so set your LCD screen brightness to the lowest setting. And use your viewfinder as much as you can to avoid using the live view. Using an LED light or other bright lights will disturb your eyes adjusting.

Tips for if you are going to photograph or need lights, use them as little as possible. Turn the brightness of the screens to the lowest settings, like the LCD of your camera. Use the viewfinder rather than always using liveview. If you need a headlight the get a red headlamp as it disturbs the night vision less. Leave your phone in your pocket and get a watch instead, if you are listening to something on your mobile device make a playlist so you dont look at the screen continually.

Also training your eyes can help see colors, and if you see faint colors appreciate what is happening even if it doesn’t look the same as the photos you see.

10 seconds because it gave me enough details in the shadows and also still sharp crips Auroras, because the coronas can move very fast and a 2.5 second is very desirable length but is usually for very contrasty images and silhouetting.

When it comes to retouching an image it is to help tell a story, remove distractions, give depth to the image, and share the colors that were there and share the wonder of my experience. I removed the tangent of the bush touching the edge of my hand in the composition to set apart the subject a little more and added a bit more bushes to the right side so that the city lights became a little less distracting.