It's not uncommon that Norway is mentioned in lists mentioning the most beautiful locations, places to live or places to visit. A location that repeatedly has been mentioned as Norway's most beautiful beach is the picturesque Haukland Beach on the Lofoten Archipelago.

Even though Lofoten is packed with spectacular beaches, Haukland Beach is one of those who keeps beeing mentioned all over. It's not without a reason, though. The beach is known for its white sand beach and crystal blue water, making it a popular destination during summer.

Haukland Beach is next to a road which makes this one of the more accessible beaches on Lofoten, hence the at times large crowds during summer months. Even though the water isn't as warm as on a tropical island, it's not uncommon to see someone swimming in the Arctic Ocean.

The beach is also beautiful during the winter and the crowds are considerably smaller at that time. After a night of snow, there are not many places more picturesque to enjoy the sunrise. Make sure to visit before the snow is covered in tracks, though! 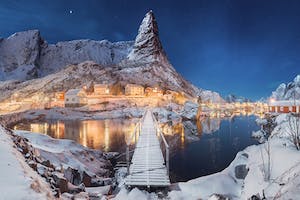 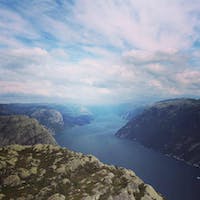