Experience the light in Lofoten!

Experience the lights in mighty Lofoten!
"Two of many things Lofoten is known for, is all kind of lights and beautiful nature".

In June 2016, I decided to start living my life as a photographer. Packed my bags and drove all the way to  Lofoten, in northern Norway, and this is my experiences so far:

Just imagine you go out fishing in the middle of the night, wearing a pair of Ray Ban's .
A bright orange ball of light, just glowing over the horizon in the north, and you cant even tell what time it is, quite funny.
The midnight sun lasts from approximately 28th of May to middle of July, and in that period you are able to see the sun 24 hours a day.
The best way to see, and observe the midnight sun must be with your nose faced north, and go to places like Utakleiv, Gimsøy, Haukland Beach or the surfer's paradise Unnstad Beach.


The sand that feels like silk under your feets, and the waves crushing in the distance makes Utakleiv one of Lofoten's most beautiful places.

You got a lot of choices to make, so why don't you just climb a mountain to see it?
Mountains like Reinebringen and Ryten are excellent choices, and maybe two of the most popular tops to climb here in Lofoten. 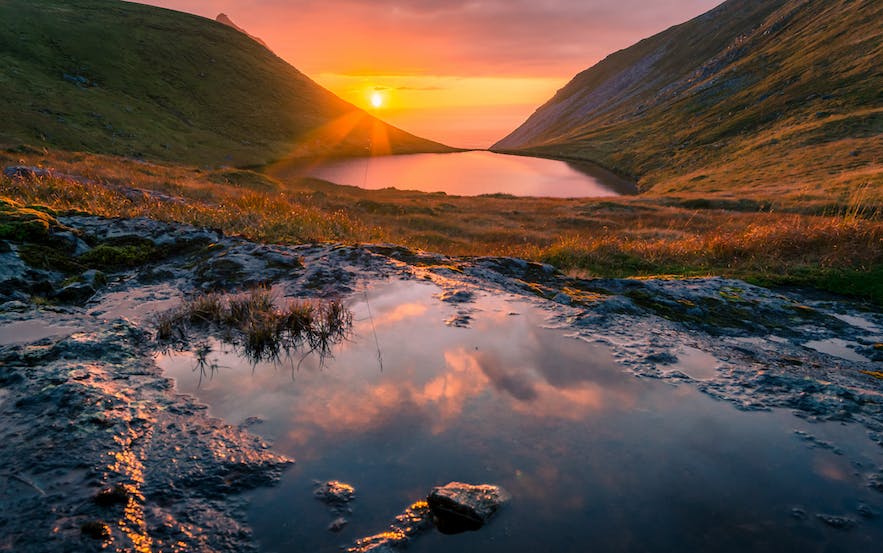 Aurora Borealis, or often called northern lights are a spectacular sight in Lofoten during the winter months. A green curtain just blowing like the wind over your head.
Some nights, the light are just breathtaking, just dancing and moving like the waves surrounding this magical island. 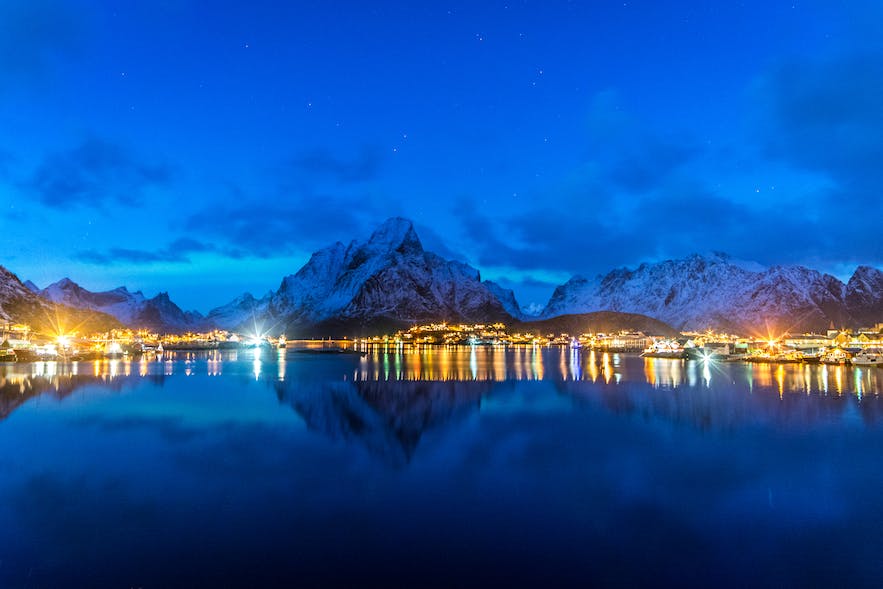 The famous Olstinden and some northern lights behind it

Reine, Lofoten
A little tip to observe these lights, are to contact a local aurora guide who will guide you to the right places at the right time.

Amazing scenery, northern light as long as you can see. 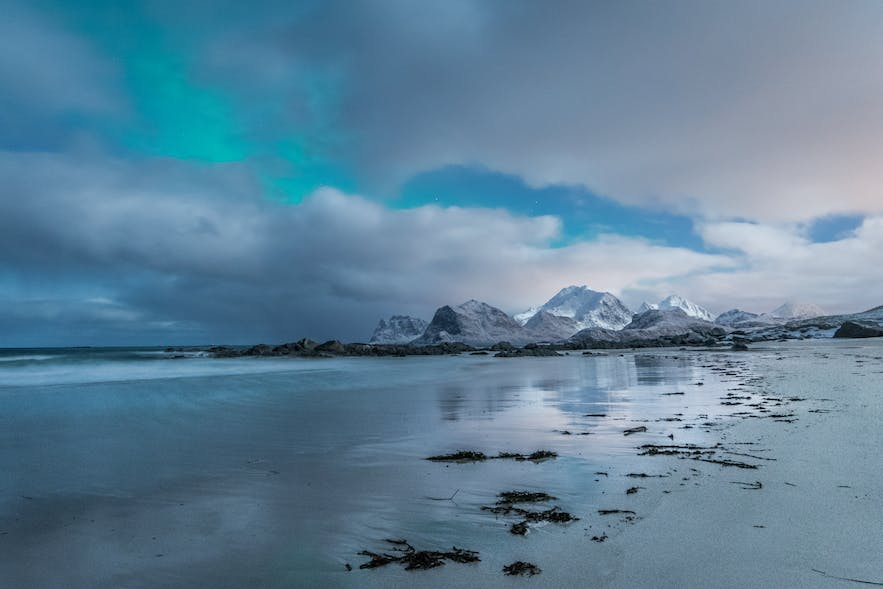 Some northern lights behind the clouds.
Myrland, Lofoten

As I mentioned first, we got the midnight sun, but we also have the quite opposite, called polar night.
Polar night is the time of the year when the sun is gone. From December to January, and because of the solar orbit, the sun never goes above the horizon even when it is at its highest (about noon).
Many people think that we live in complete darkness every winter, but that's wrong. 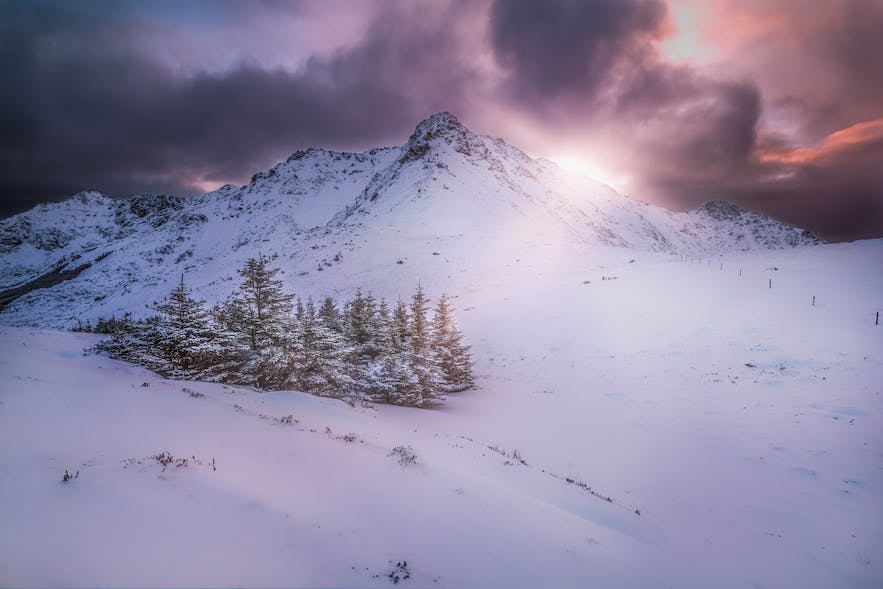 A magical happening, just a few days after the sun came back.
Einangen, Lofoten

You can imagine it like a sunrise/sunset. The hour before and after makes the greatest colors, and that's how it is. The light can go from pitch black, to orange. From orange to pink, and from pink to blue and purple
It is just amazing how the sun is painting the sky during this period with arctic light. 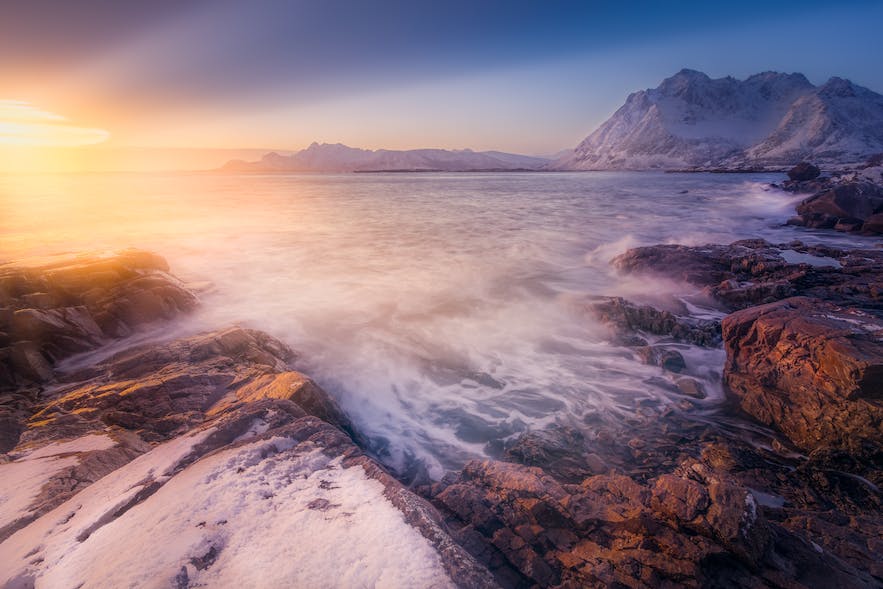 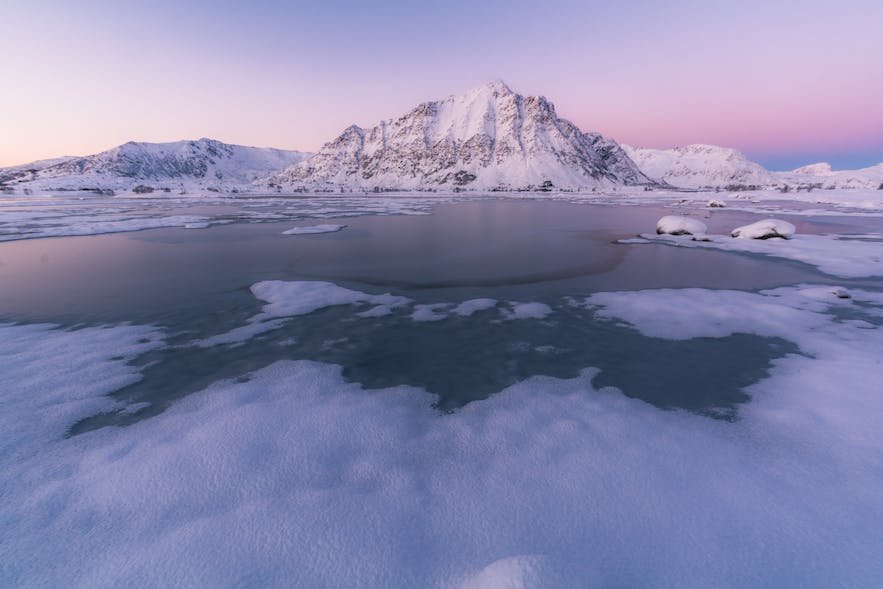 One of the most breathtaking places on earth!
Have fun.