The combination of rugged and wild nature in northern Norway and the Aurora Borealis is a match made in heaven. Imagine the vast Arctic landscape and nature, snow-capped and jagged mountains, frozen fjords and the green lady dancing in the night sky.

No wonder this part of Norway has risen to the top of many traveller´s and photographer´s bucket-lists. Here's some visual proof as to why you should start planning for next seasons winter adventure in Norway. All images courtesy of Stian Klo and Arild Heitmann at Lofoten tours.

Quick tip! Bring your best wool undies, it can get rather nippy waiting for the green lady to appear in the night sky. 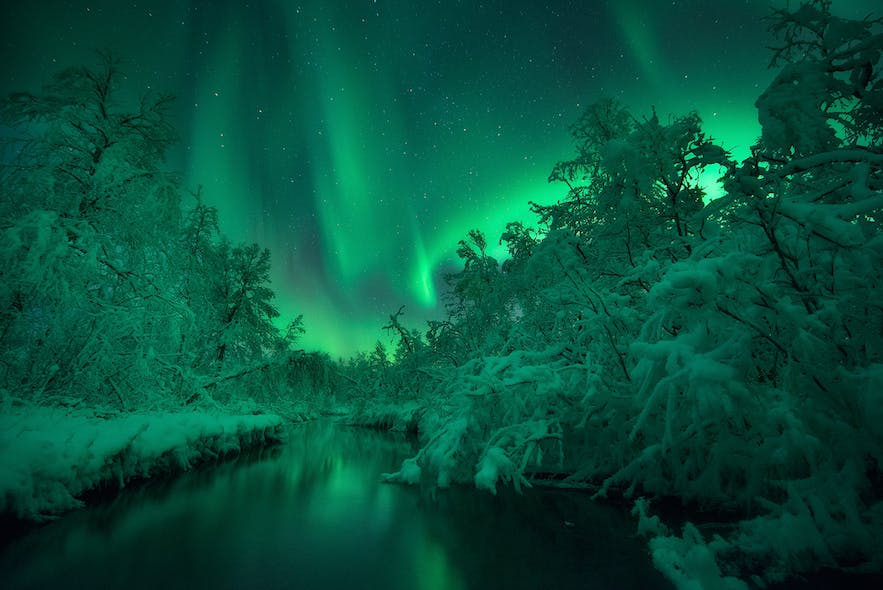 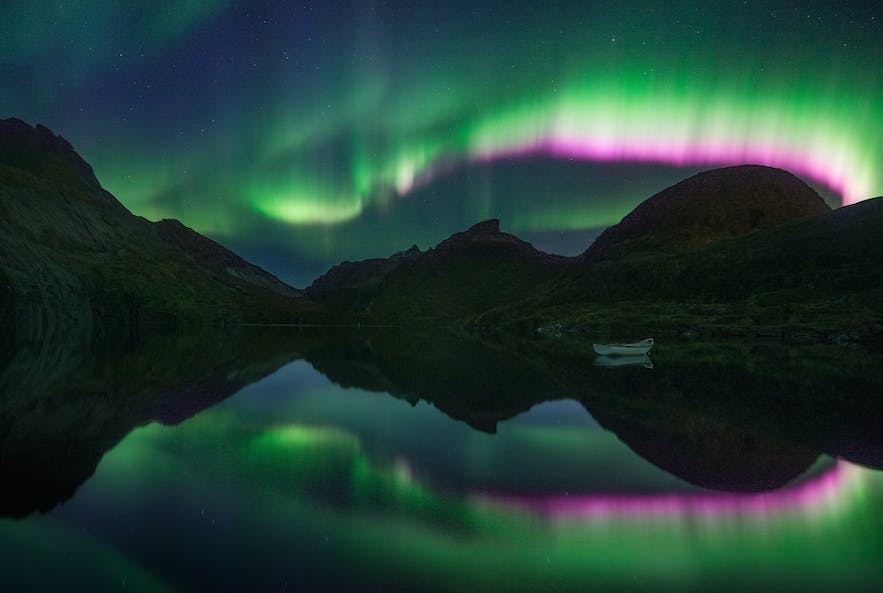 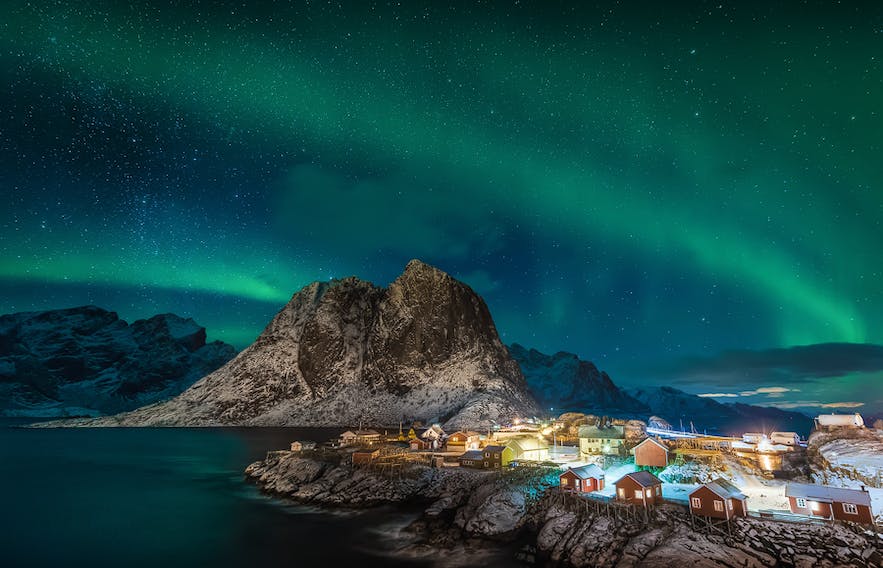 The Northern Lights are without any doubt, one of the greatest natural wonders in the world. Some have labelled it as the best magic show on Earth, and we have to agree.

The prime period for seeing the lights is between late August and early/mid April. This is not because of lower/higher Auroral activity, but simply a matter of having dark enough skies for the aurora to be actually visible. The auroral activity is dictated by solar storms and when a large solar storm arrives, get ready for the show of your life. 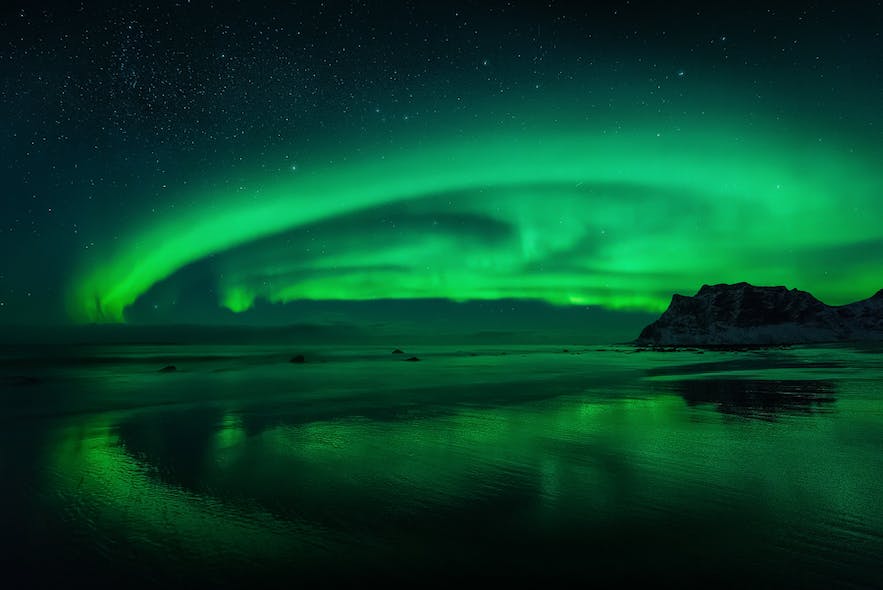 Northern Norway is arguably one of the best locations in the world to witness and photograph the Aurora Borealis. The wild and almost untouched landscape provides a great backdrop for most images, and the lack of intense light pollution is another beneficial reason. 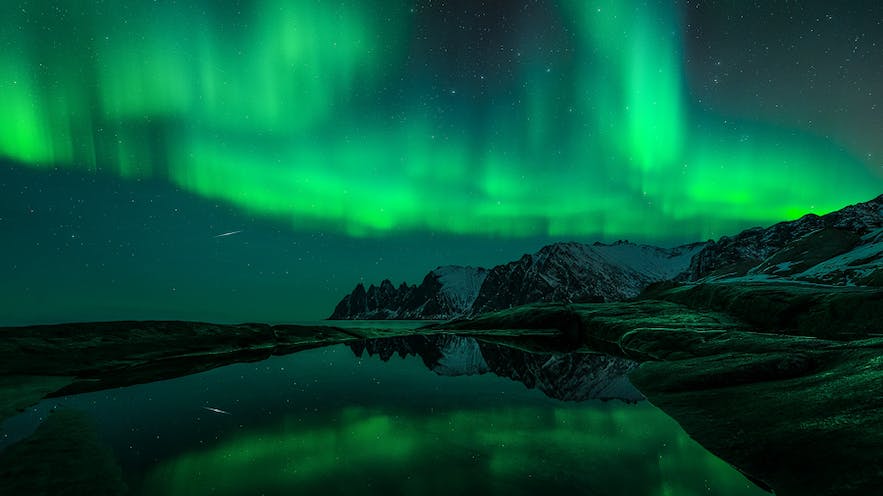 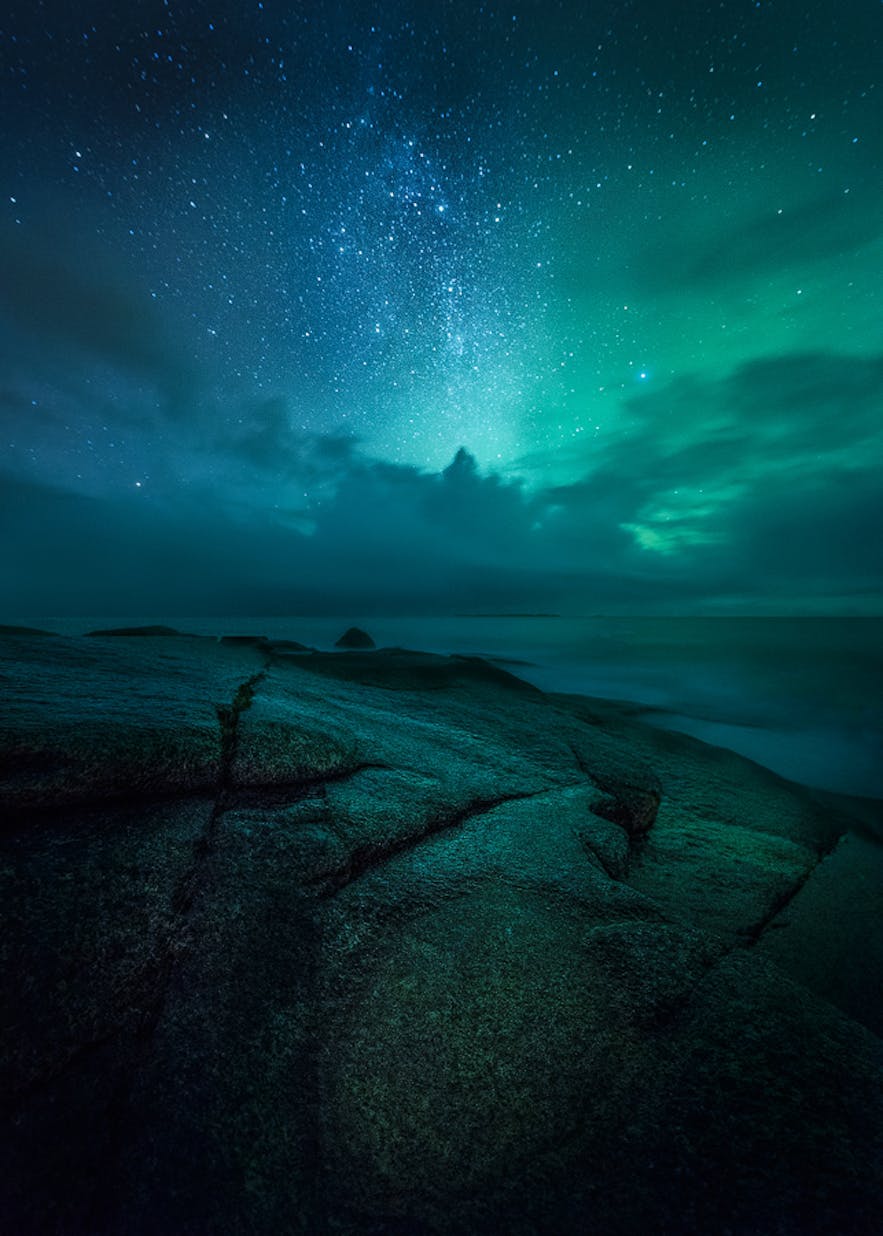 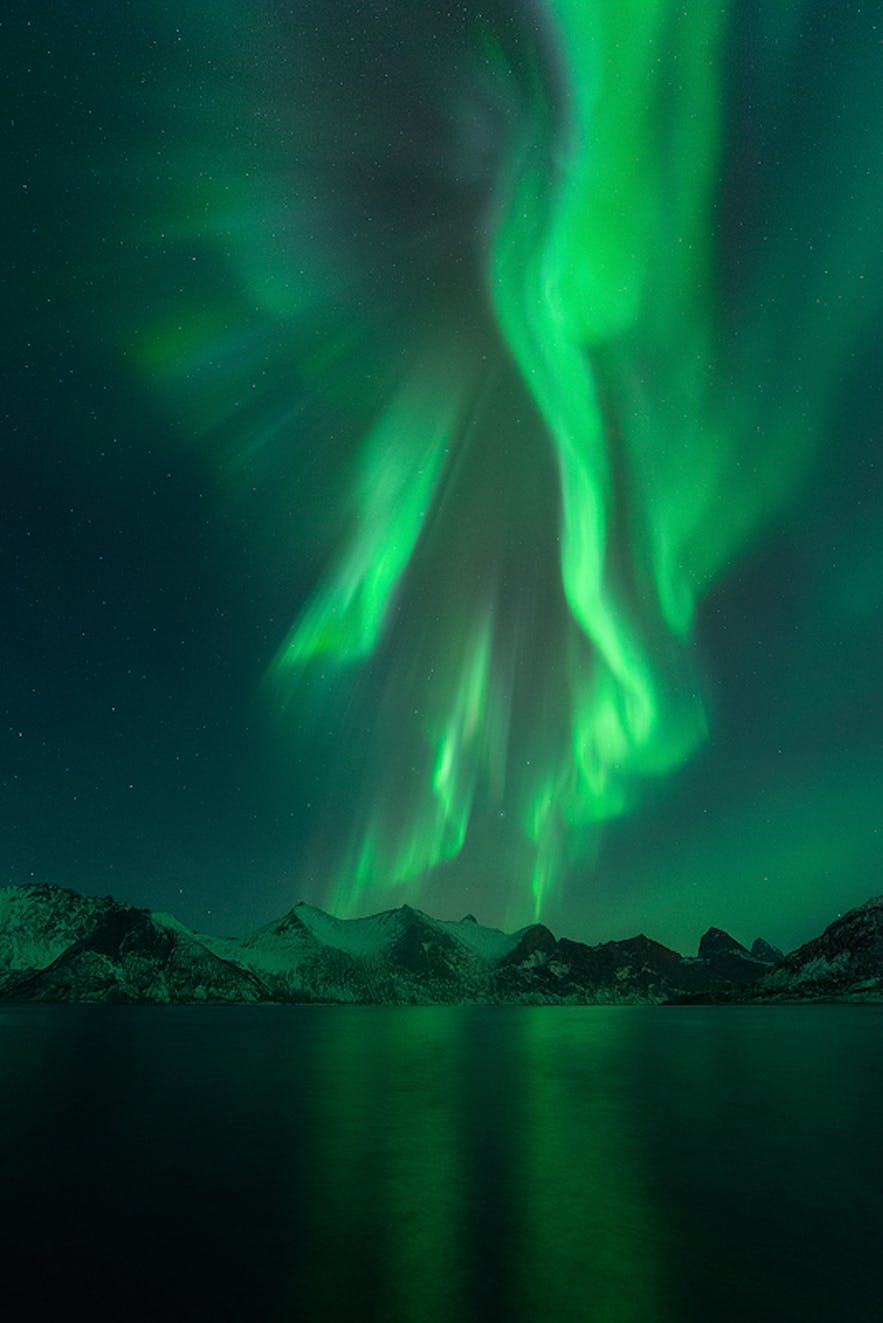 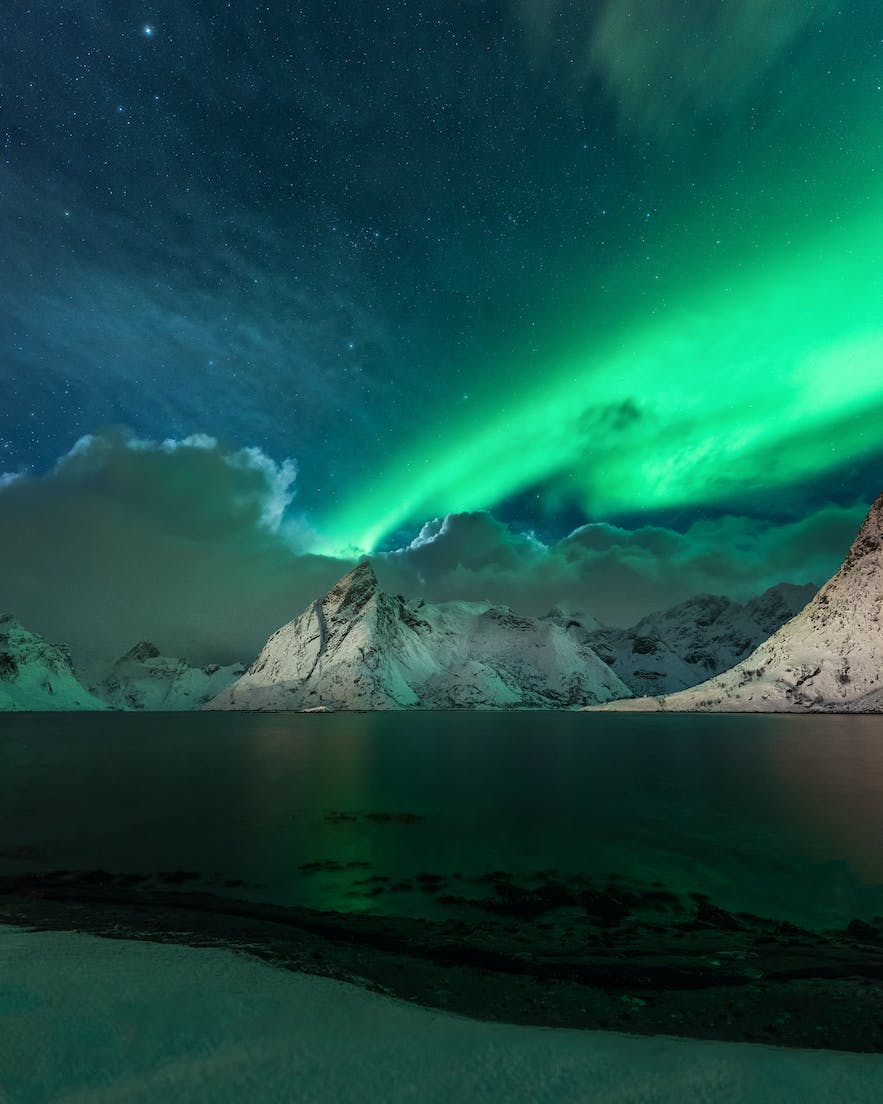 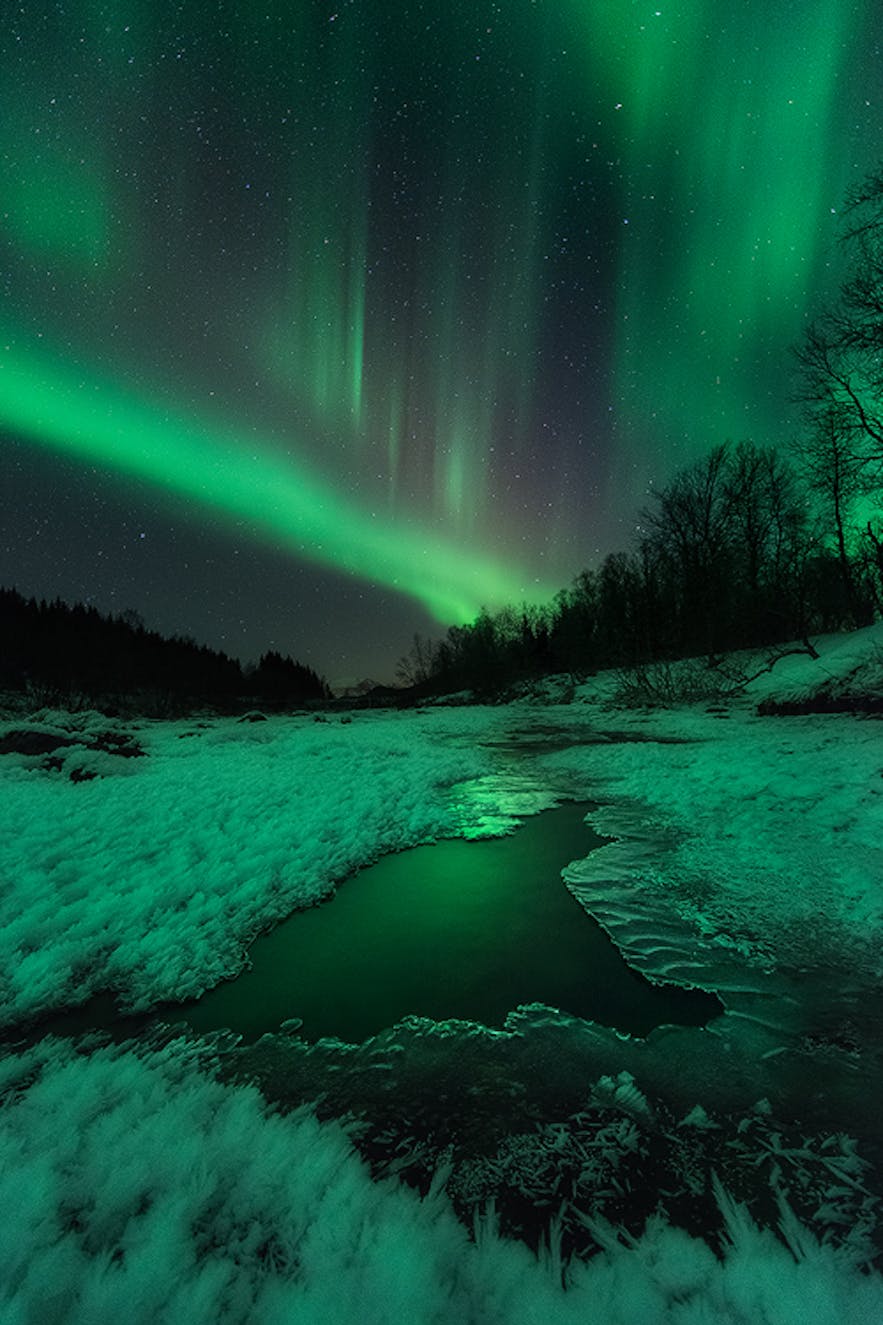 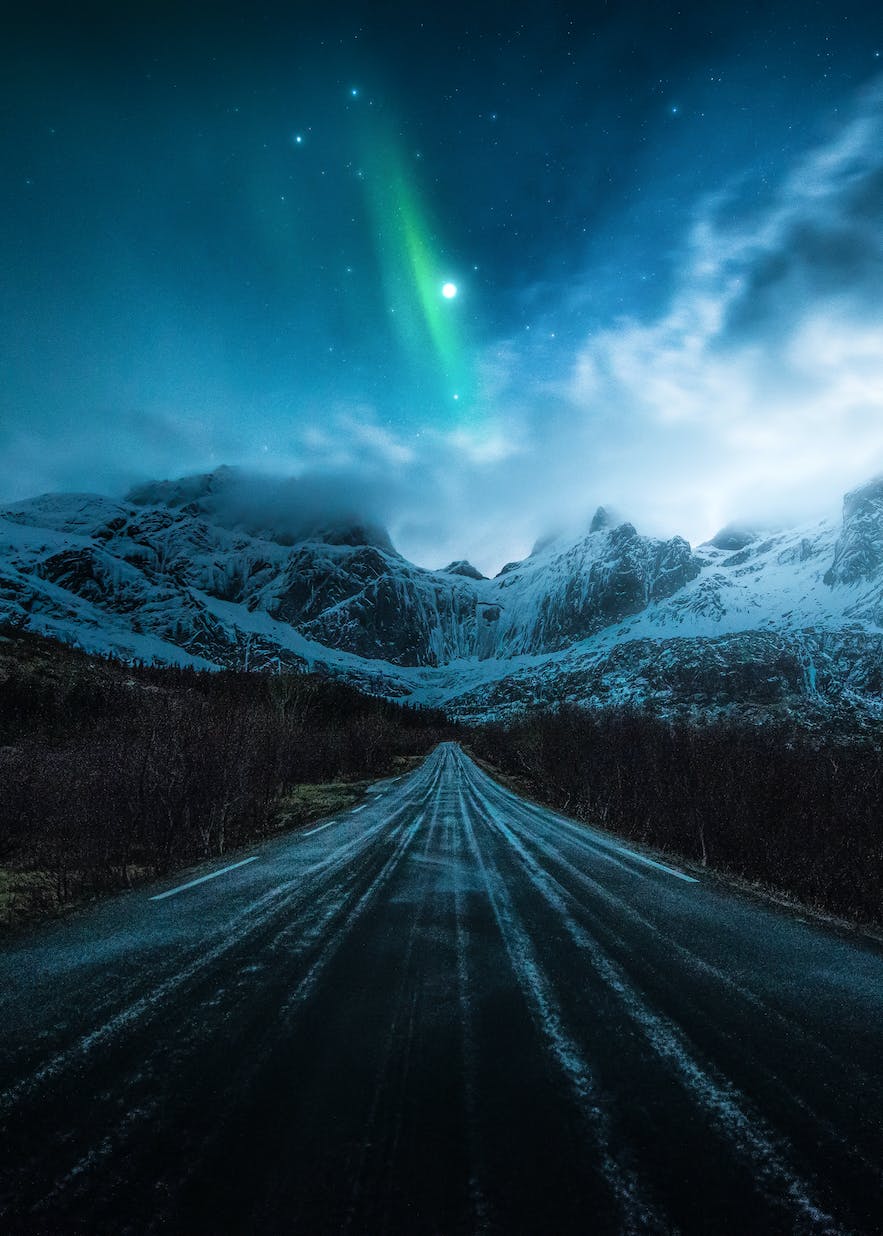 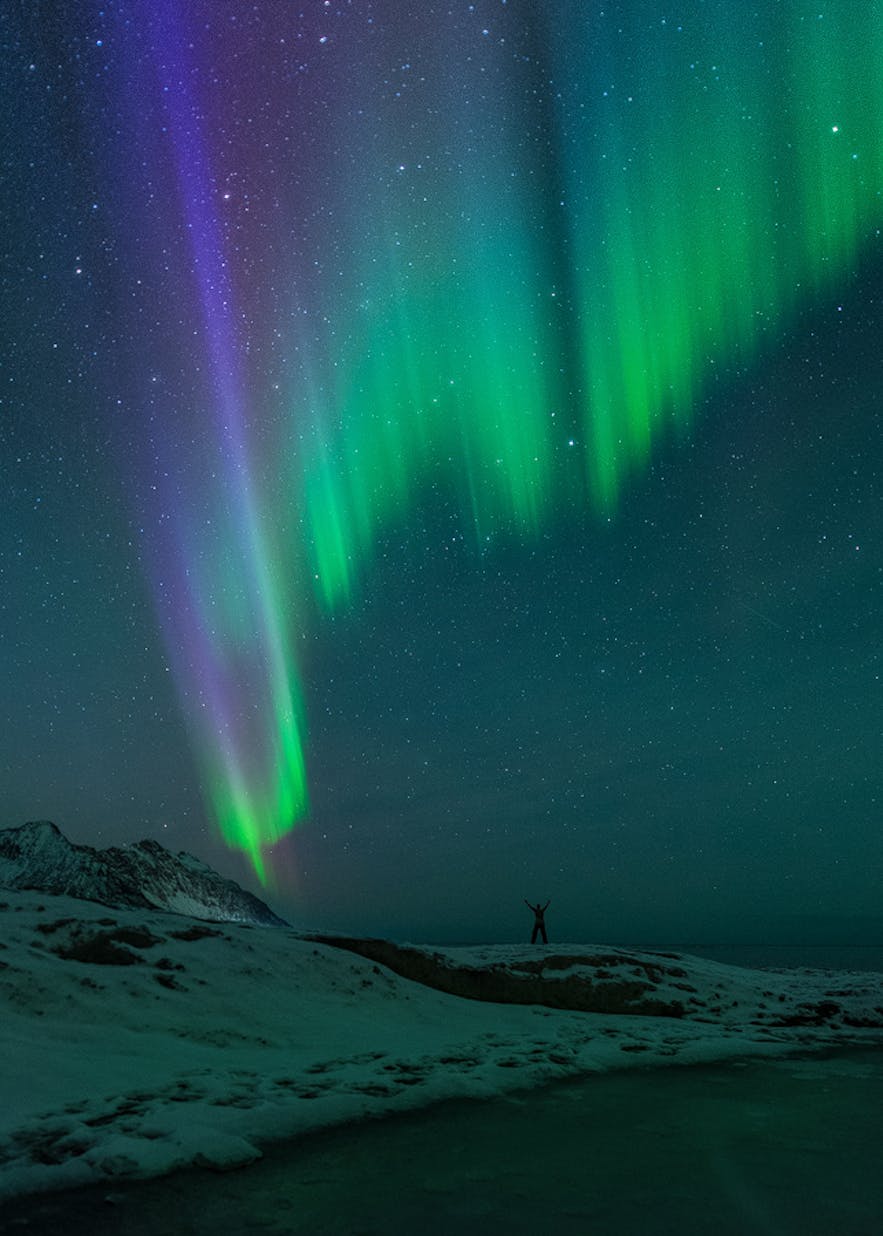 Sometimes the Aurora Borealis can be multicolored, but the most common is green. If the actually outburst is really strong and vidid, it can be however be purple/magenta, red, blue and even white. They are caused by the interaction of high-energy particles such as electrons with neutral atoms in the earth’s upper atmosphere. This process is fairly similar to the discharge in a neon lamp, or the fluorescence of a television screen.

The strongest Auroras can be very bright, and can in a way be compared to moonlight. The lights only occure above altitudes of aproximately 80 kilometers, and more seldomly above 500 kilometers. 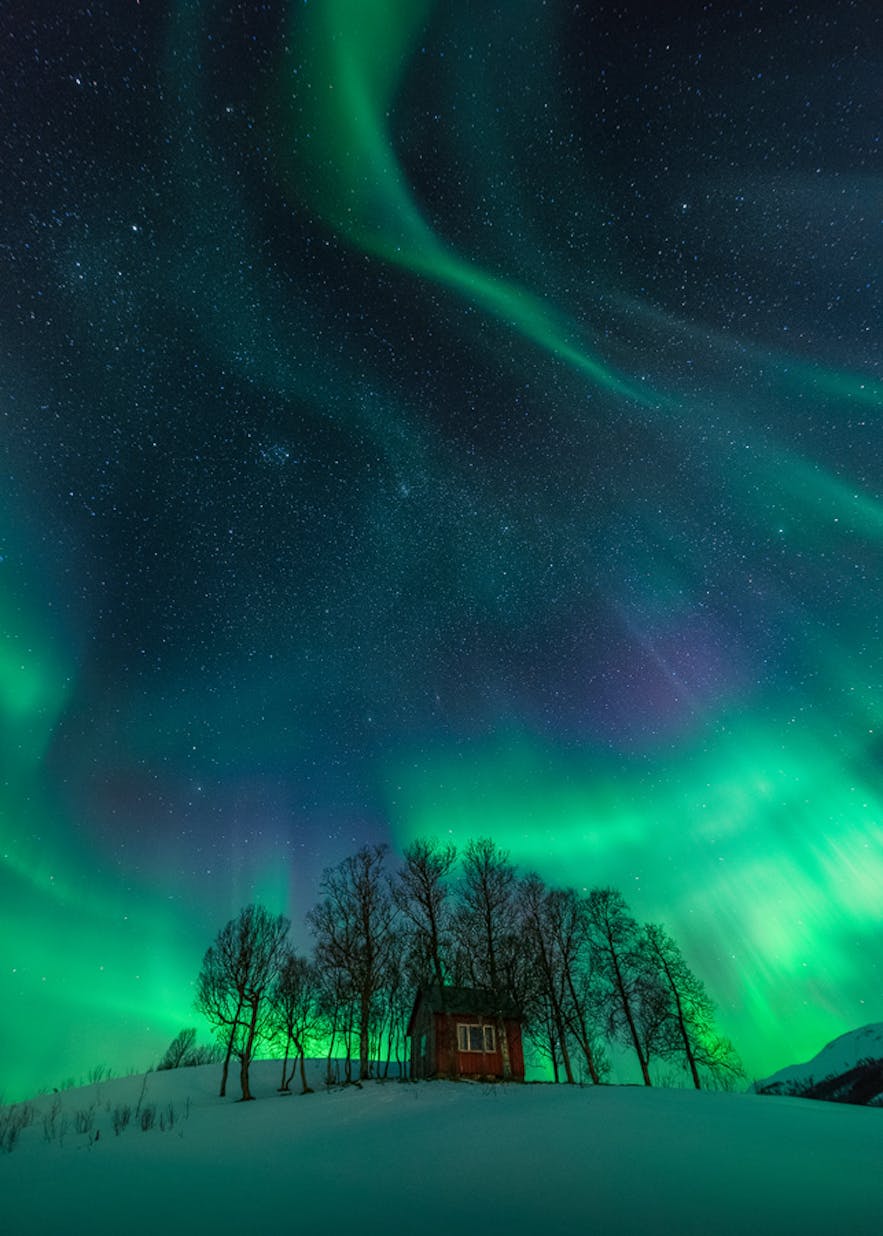 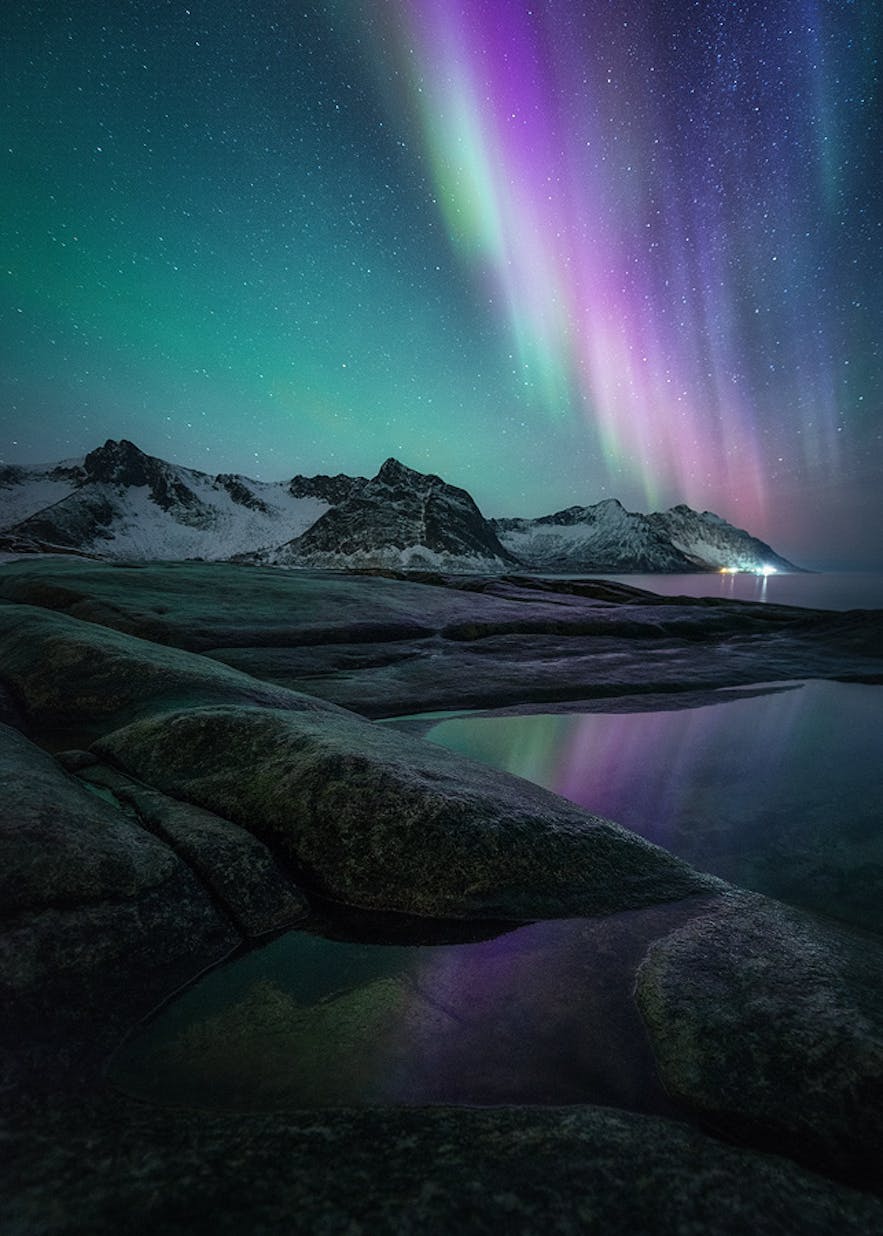 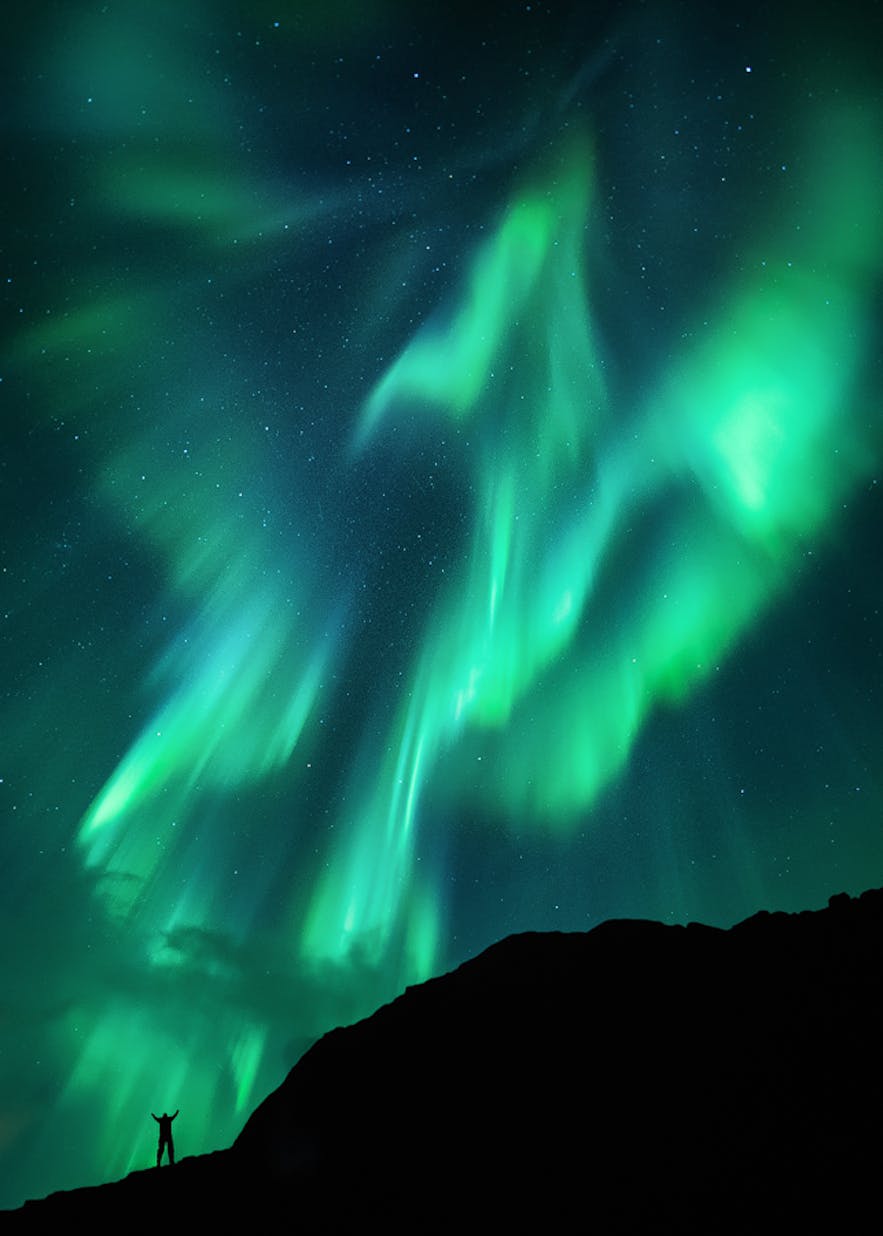 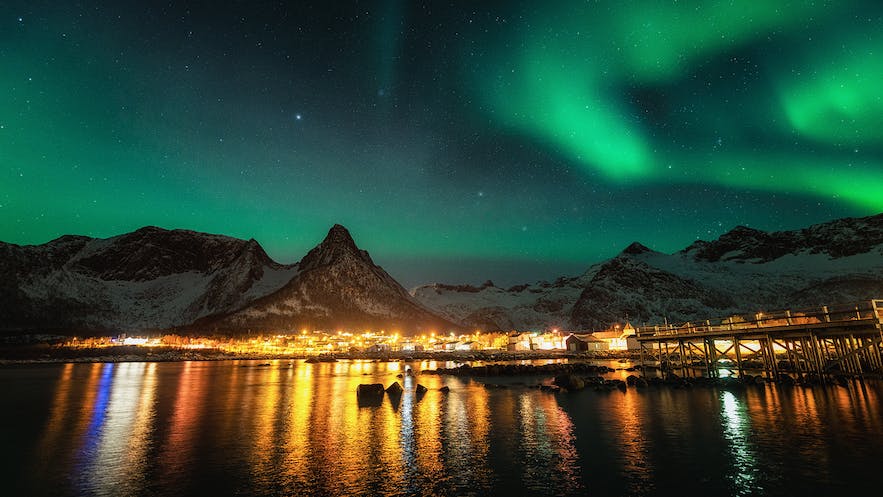 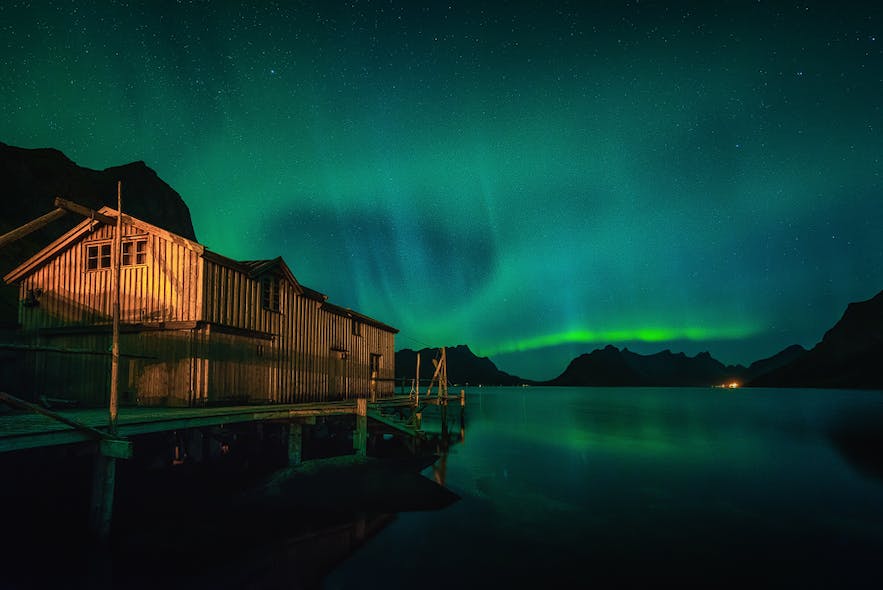 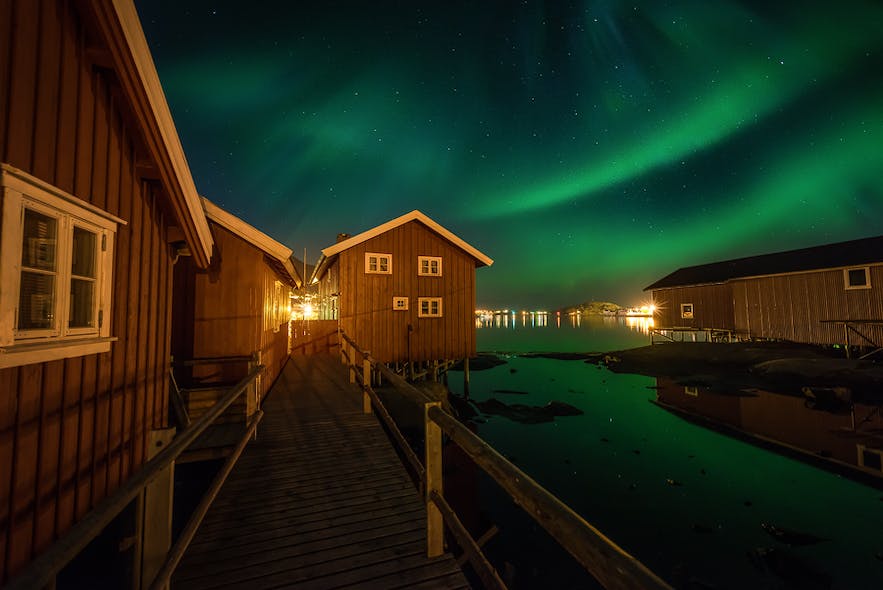 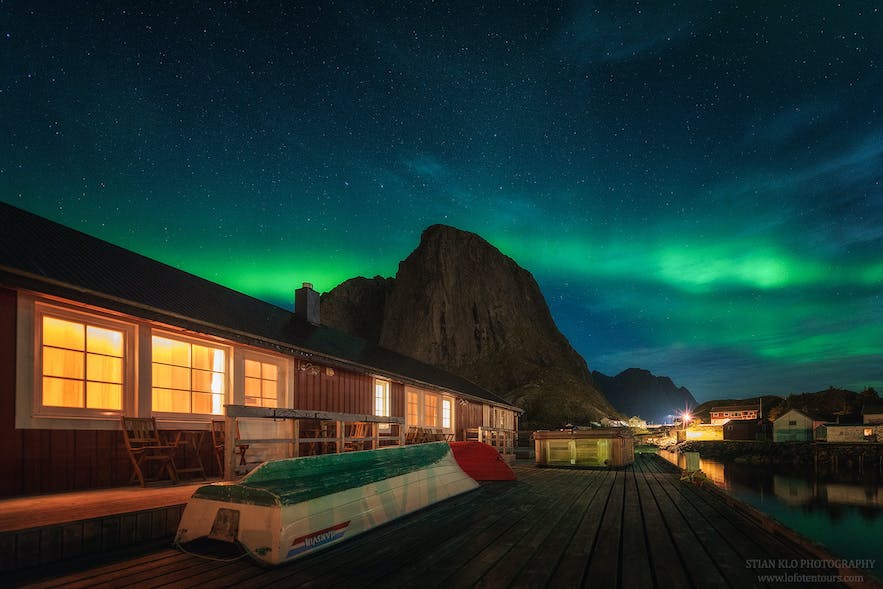 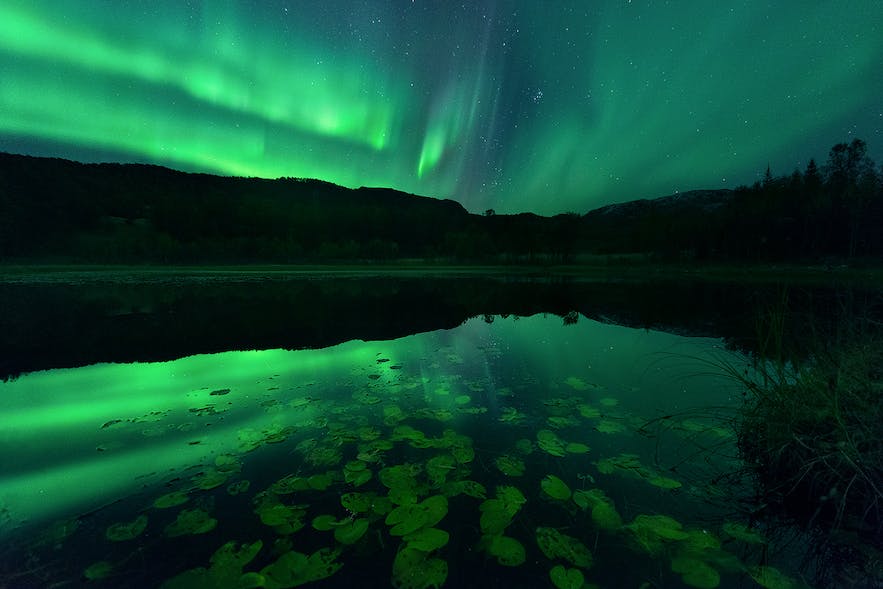 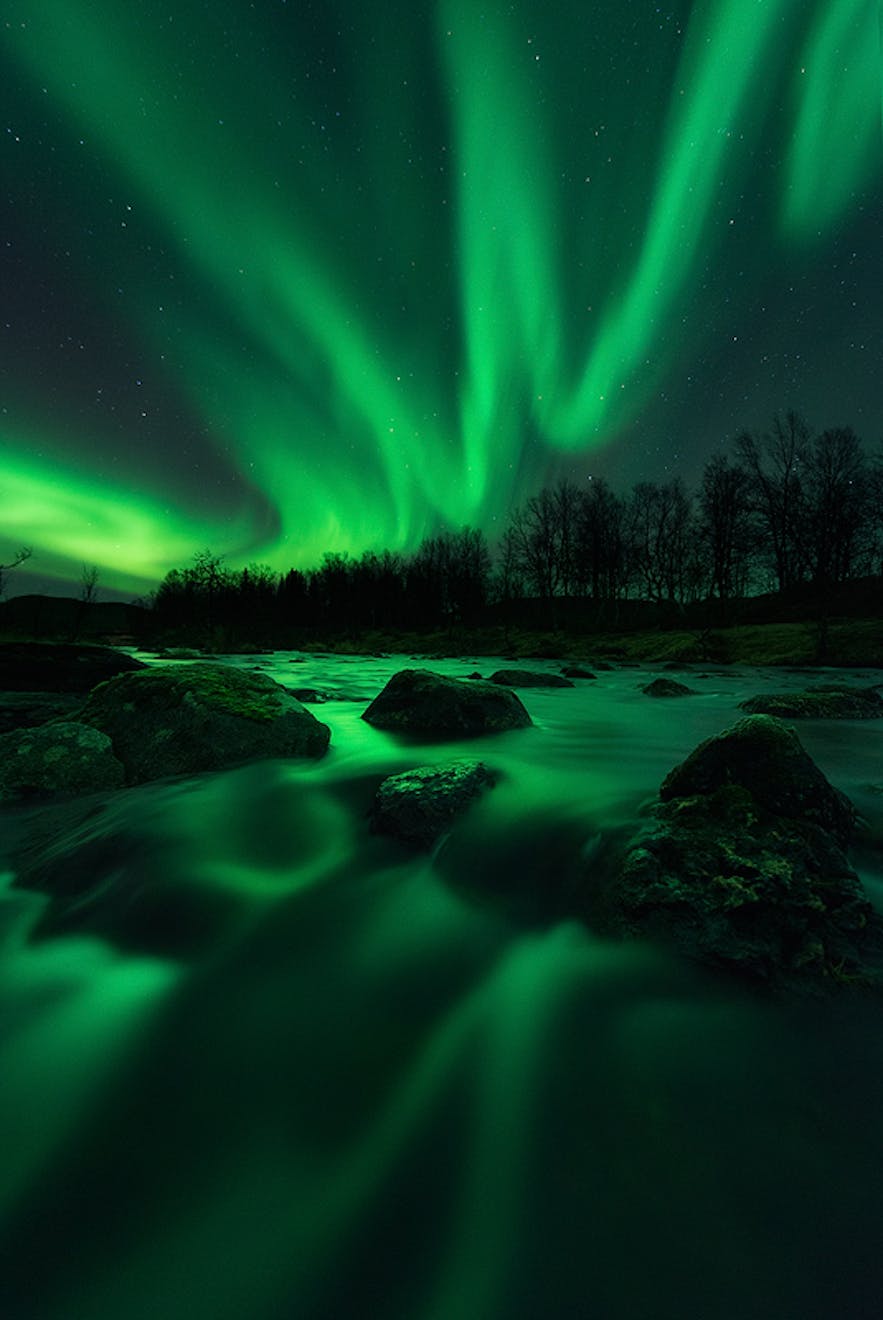 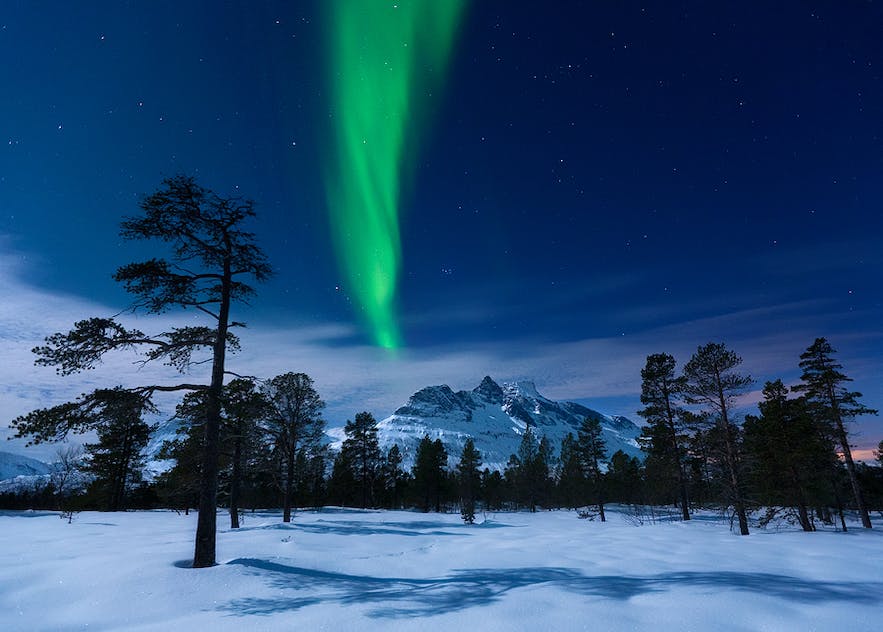 What are you waiting for? Book your trip to Norway today!

If you are planning a trip to Lofoten and are looking for hiking trips, you will most likely have heard about the mountain Reinebringen, which gives you one of the most spectacular views in Lofoten. R