If you have been in northern Norway earlier you are probably familiar with these red cozy wood cabins called fishermens cabins, or “rorbuer” in Norwegian. The cabins are found along the coast of Norway, especially in the Lofoten Islands in northern Norway, and are packed with history and character.

The Lofoten Islands has one of the most fertile fishing grounds in the world, and the fishermen cabins were originally built to shelter local and visiting fishermen who came to the Islands to

participate in the fishery during the fishing season. Even though fishery is still the most important livelihood in Lofoten (along with the tourism industry), the cabins are no longer needed by fishermen because of larger and more modern fishing boats, where the fisherman can stay in their own boats during the season. Therefore most of these cabins are now used to accommodate visitors, and are immensely popular during the summer season. 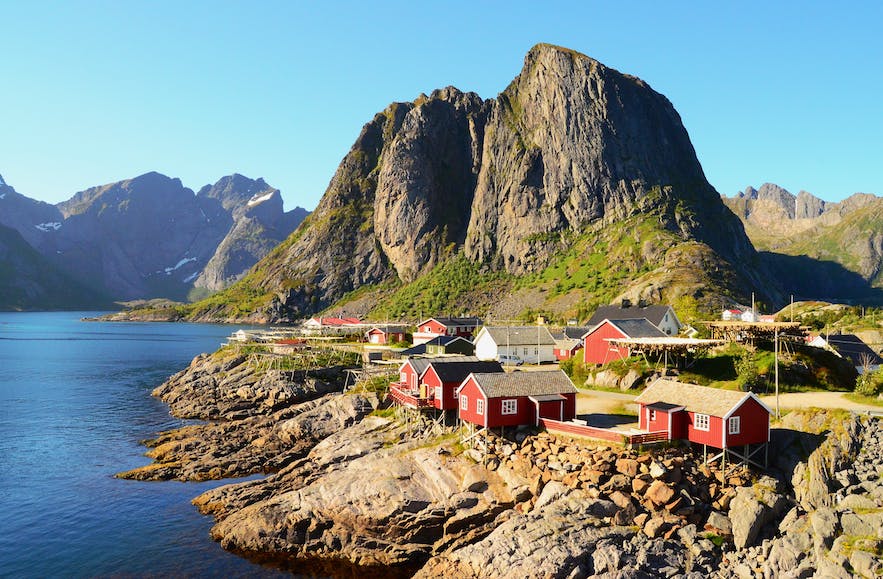 The cabins hold everything you need and serve as self-service accommodation, with a living room and a kitchen, bathroom and at least one bedroom. The standard varies, but generally all the cabins are adjusted to the needs of tourists, while the genuine character is kept and is a fine reminder of their original use.