Stetind is iconic, chances are you have already seen photographs of it. It towers some 1392 meters above Tysfjord and is really a landmark.

Climbers from all over Norway (and Europe) travel to Tysfjord to climb this granite giant. And during the summer months (july and august) you will not be alone on this mountain. 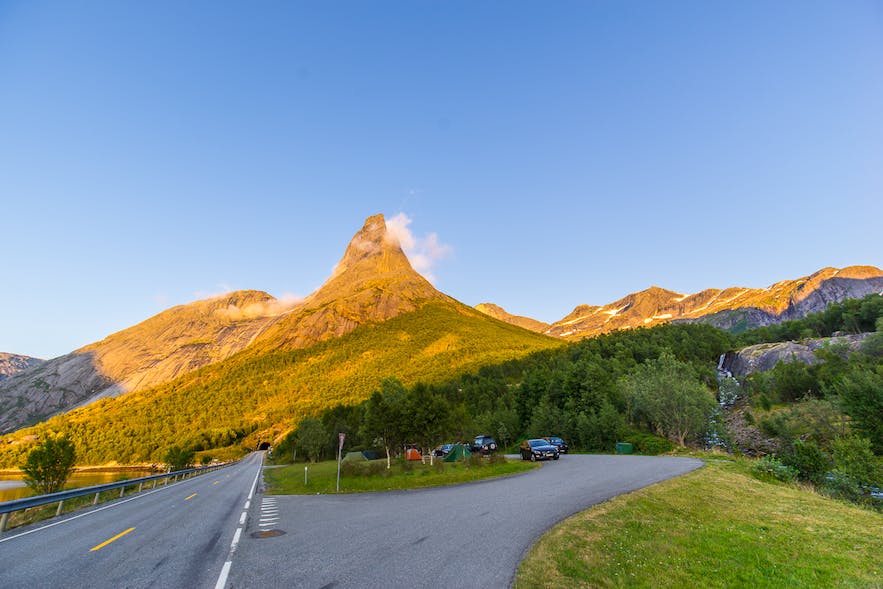 If you haven´t got any climbing experience, it is still possible to ascend Stetind. My suggestion would be to hire a guide. What you need is a relative good physique, it is a long day.

We started our trip by flying to Harstad/Evenes, since we didn´t book early - no rental cars were availble at the airport, but we managed to find a rental car in Narvik. So we took the airport shuttle bus to Narvik and picked up our car.

The weather wasn´t the best, and you really should have good weather to climb Stetind because it is a one in a lifetime experience for most people. So we spent some time sightseeing before driving to the Stetind base camp. On the parking by the road there are many level places for pitching tents, there is running water and toilets, also a few benches with tables. 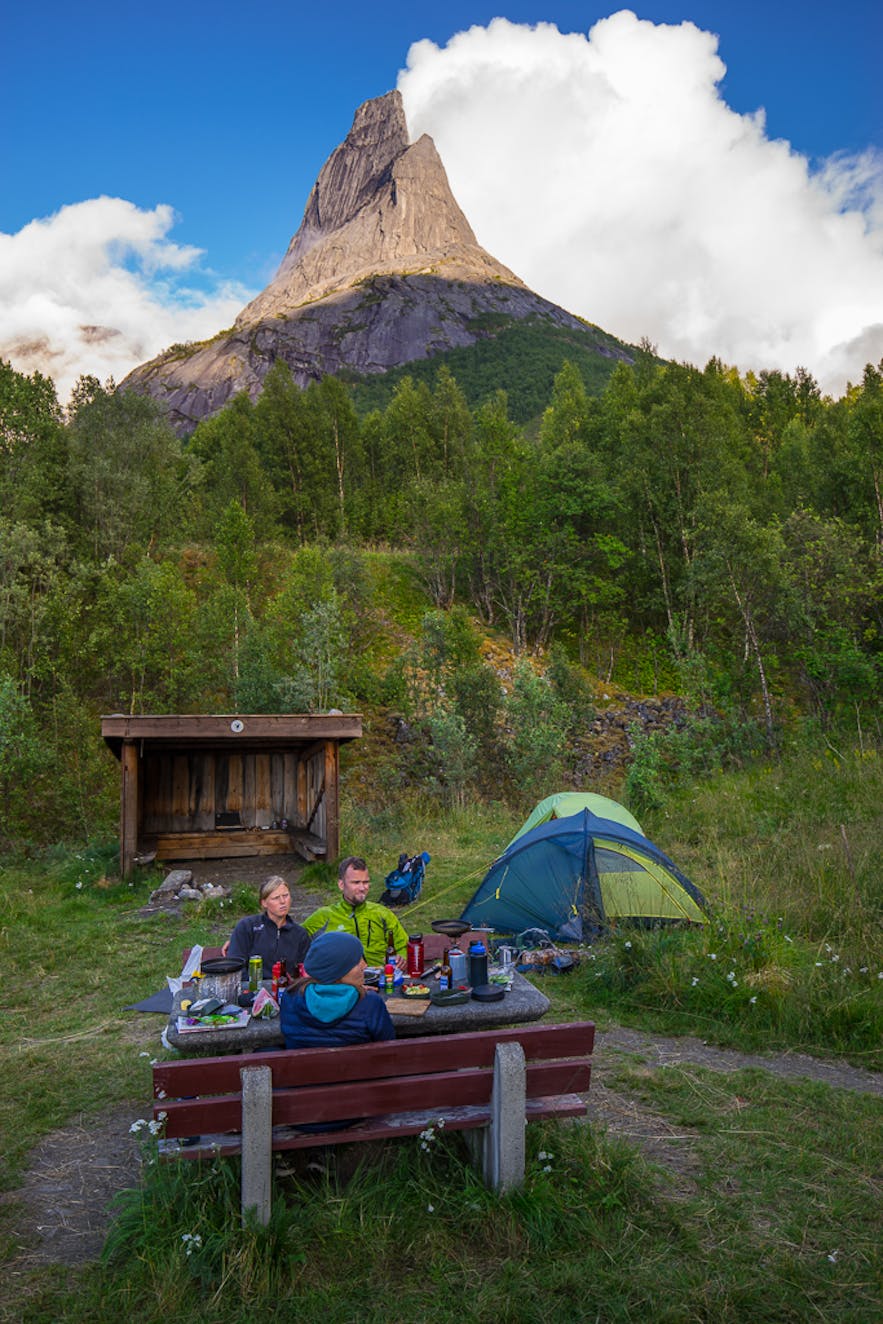 The next day we got up pretty early and started walking around 0730, you start at sealevel  and up to the lower summit (called Halls fortopp, named after the danish mountaineer Carl Hall) it is just a hike, but you have to ascend 1312 vertical meter. 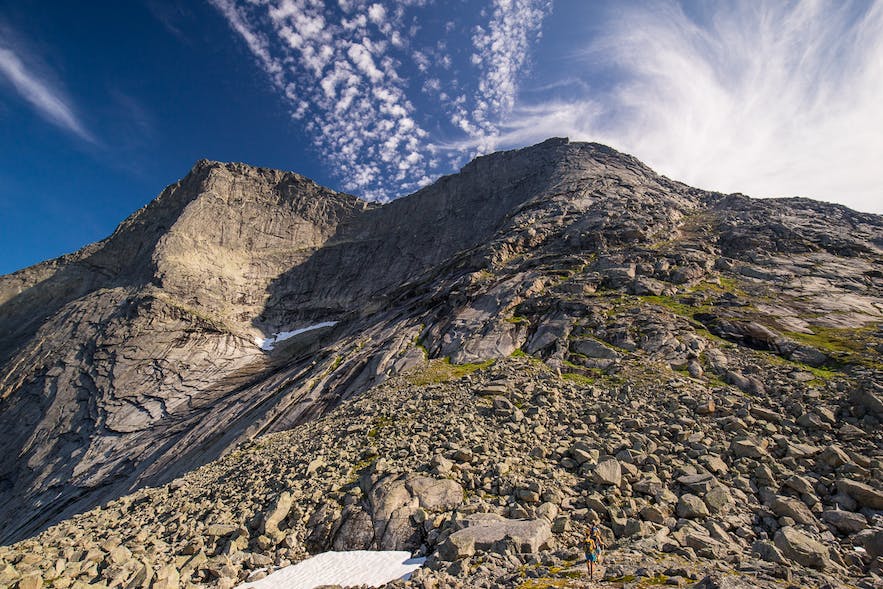 From Halls you put on your climbing harness, helmet and rope up. For a while running belay is used, before you get to the actual climbing. It is of grade 4+ (norwegian) and was made famous my Norwegian climber and philosopher Peter Wessel Zappfe. Here you really have to put you feet in the fall and use the friction to get up. It can be kind of scary. 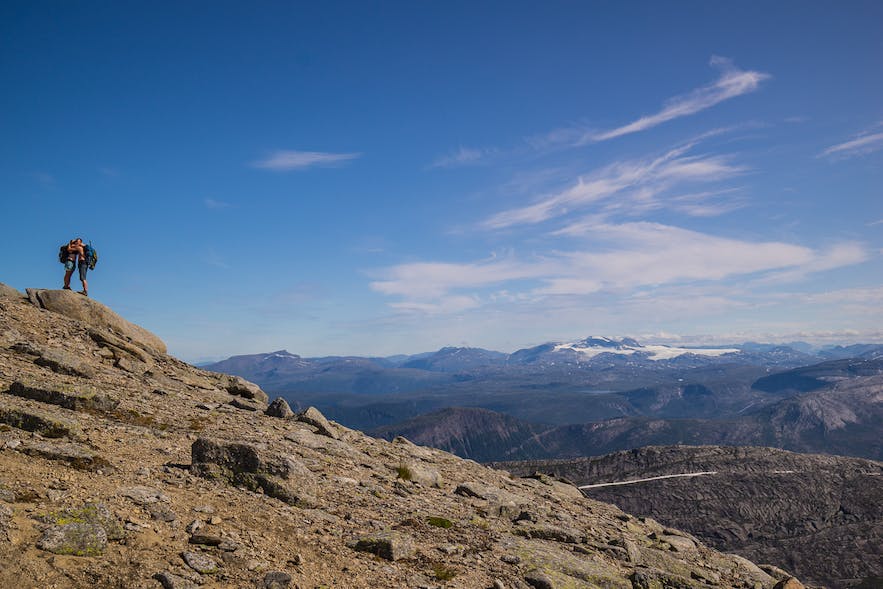 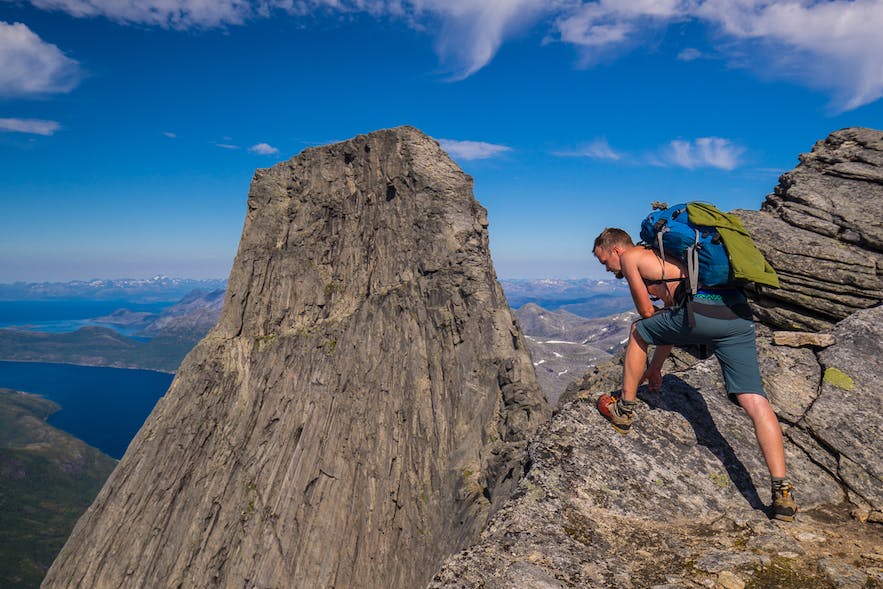 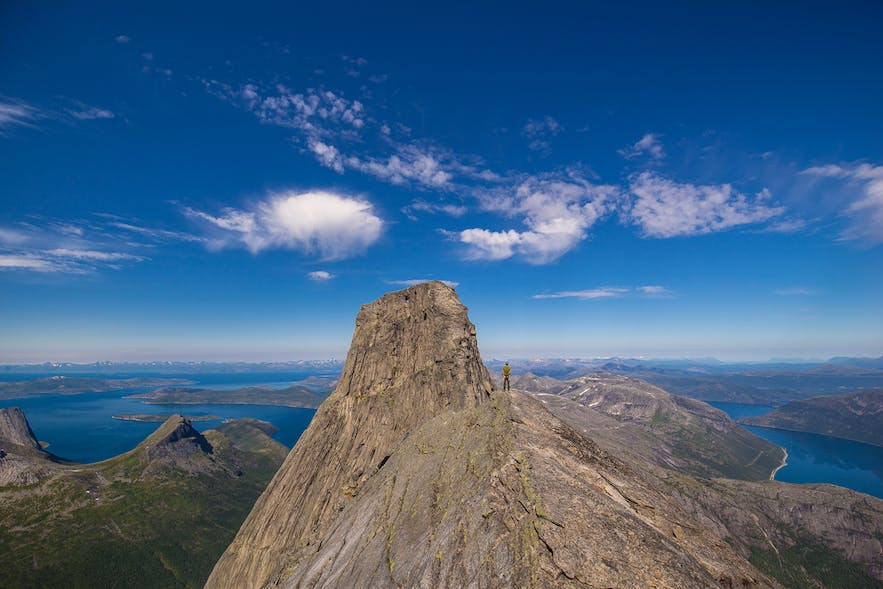 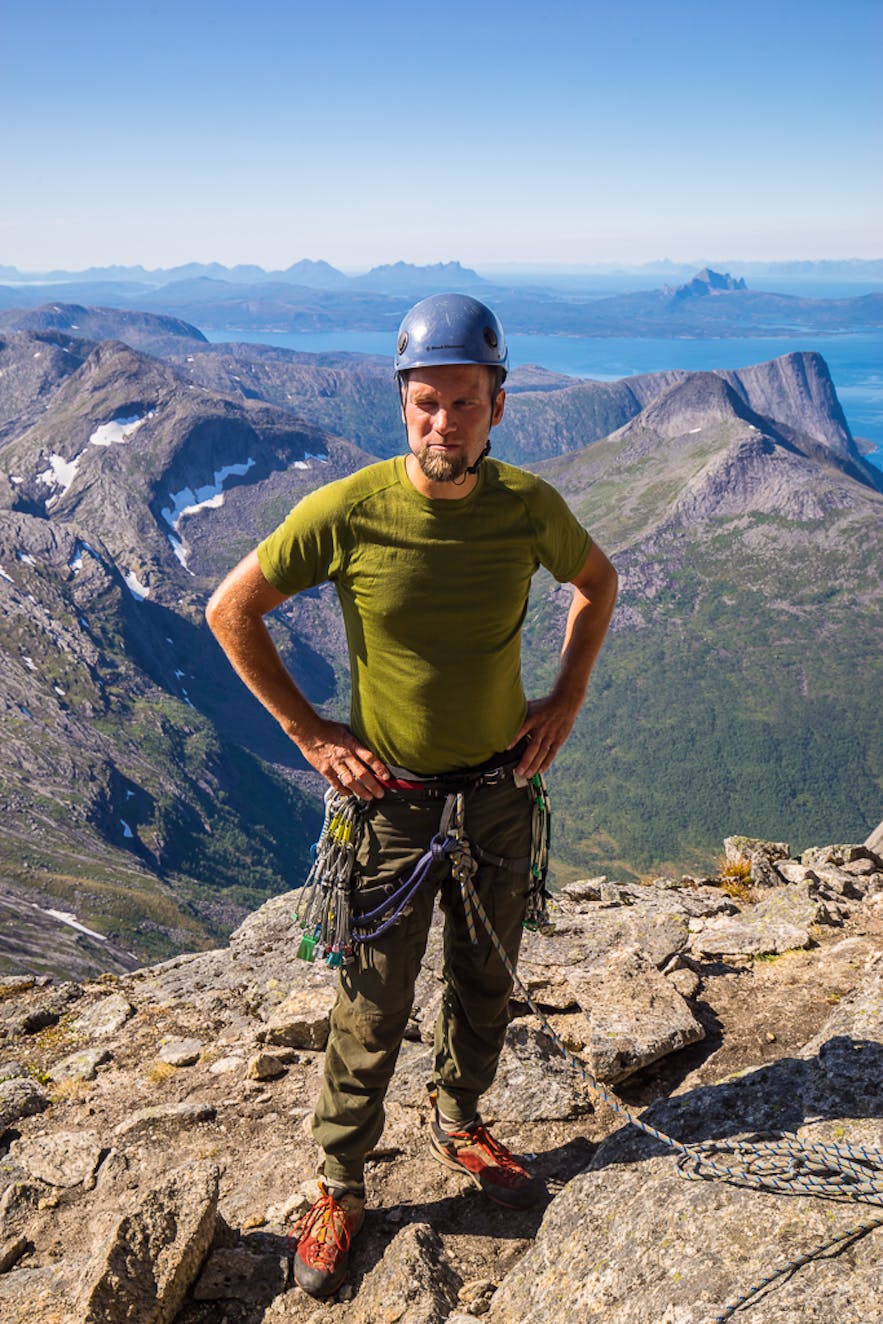 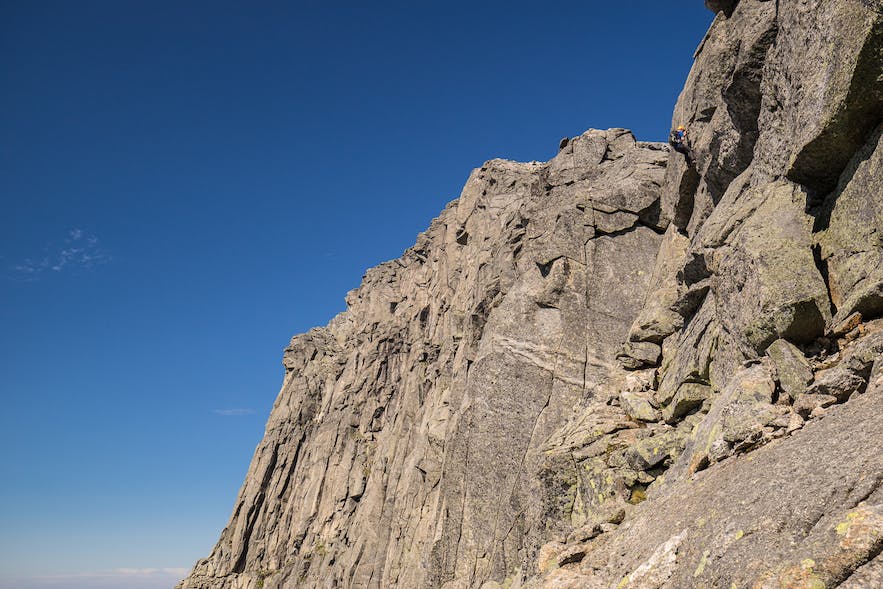 When you have gotten past this point it is easier to the top, but in some places it is till necessary with a rope. The top of Stetind is huge and very flat. 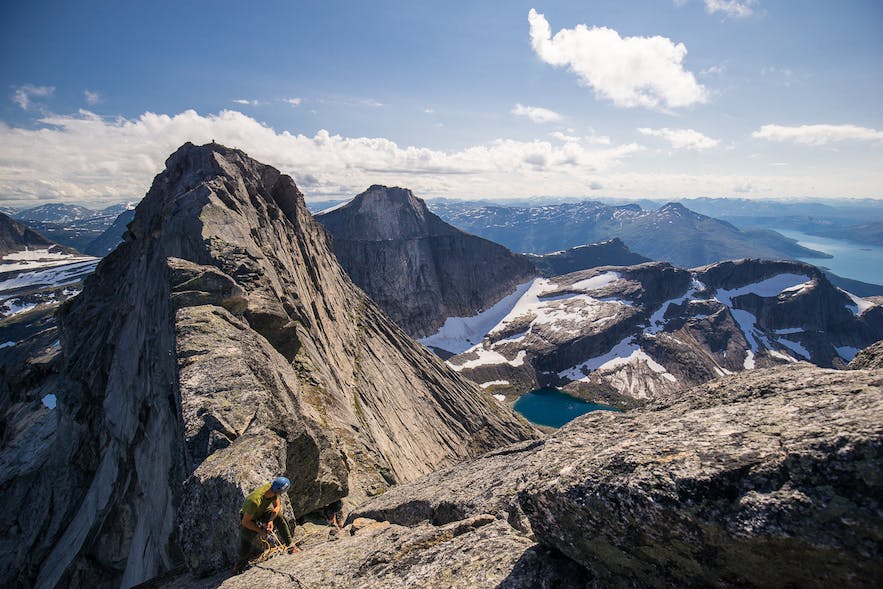 Do take the time to write your name in the book close to the cairn! 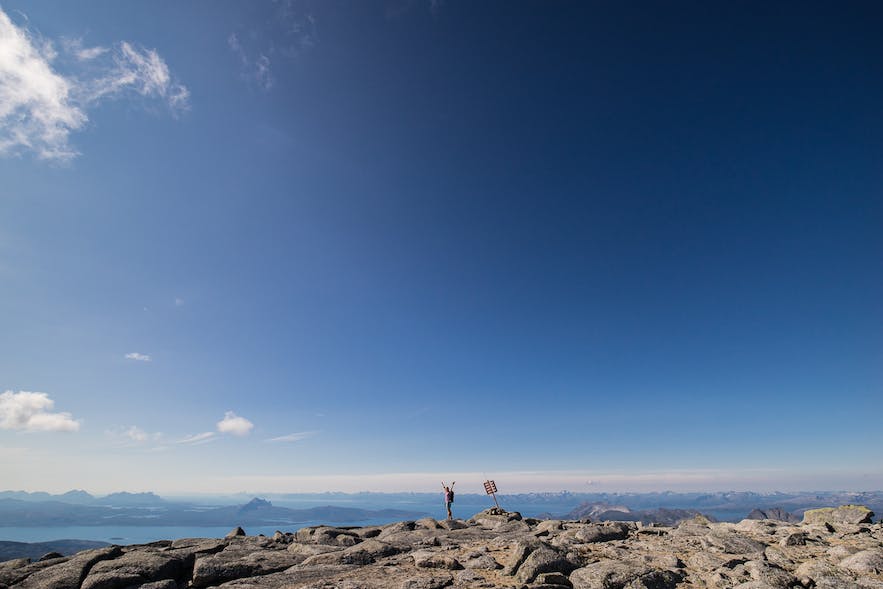 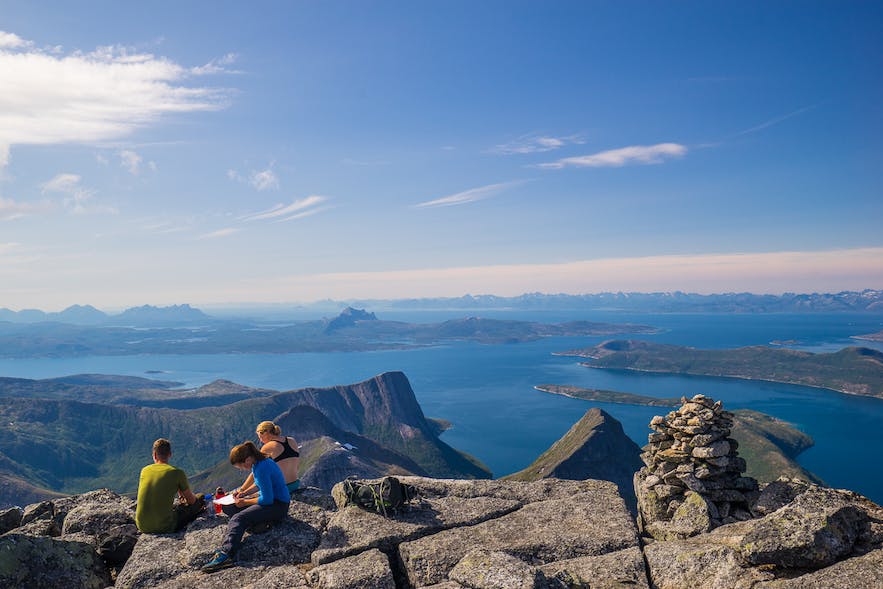 And do take the time to take in the phenomenal view! You can see lots of mountains, Lofoten far away. Tysfjord, Svartisen and other steep peaks. Of course remember to pose for some photographs so you can make your friends jealous :-) 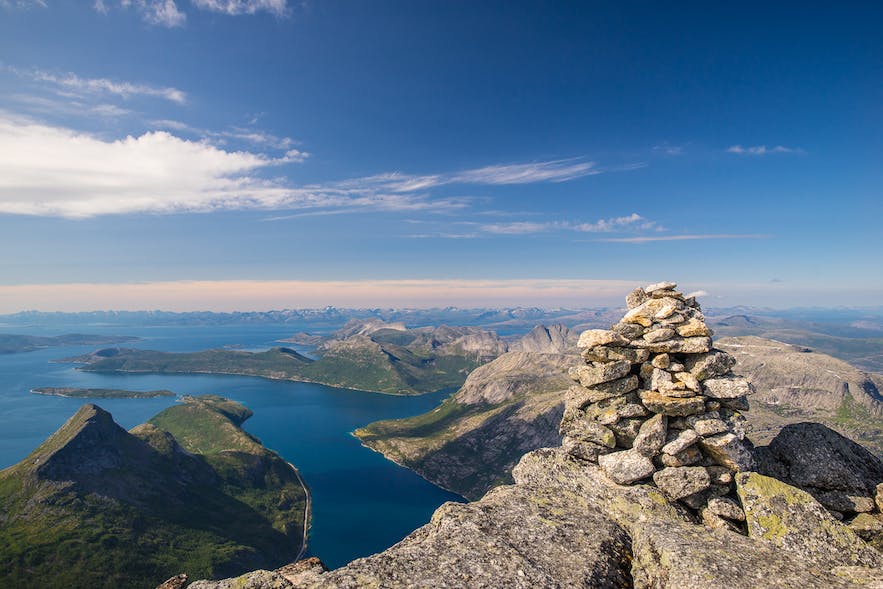 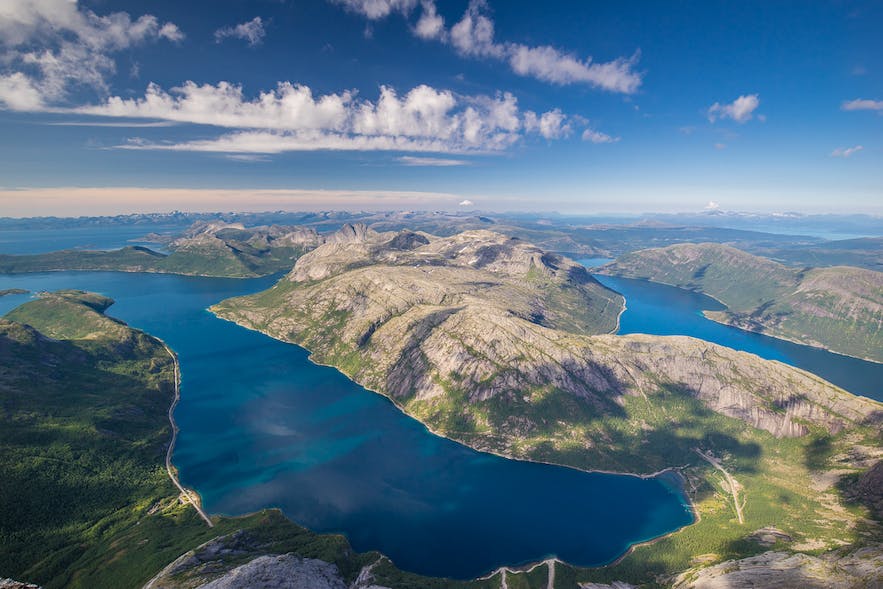 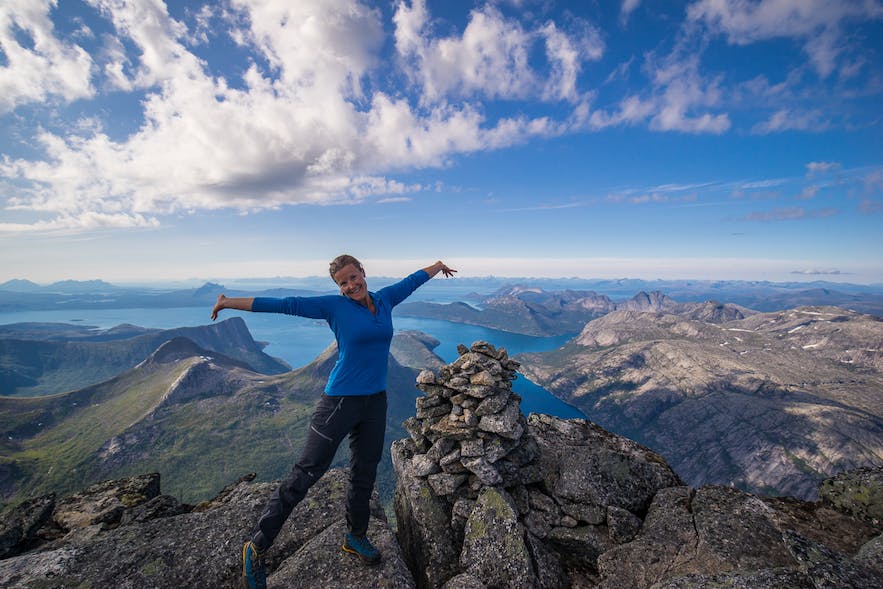 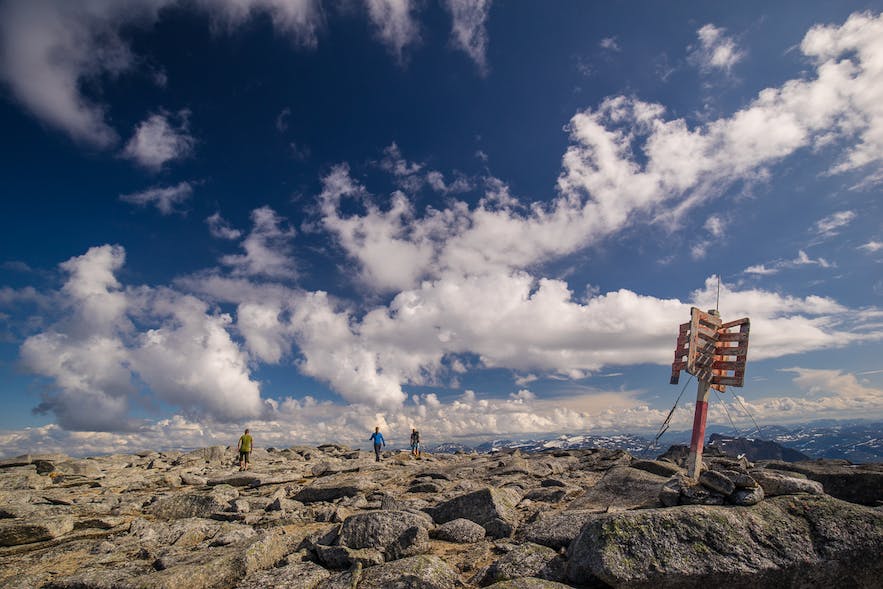 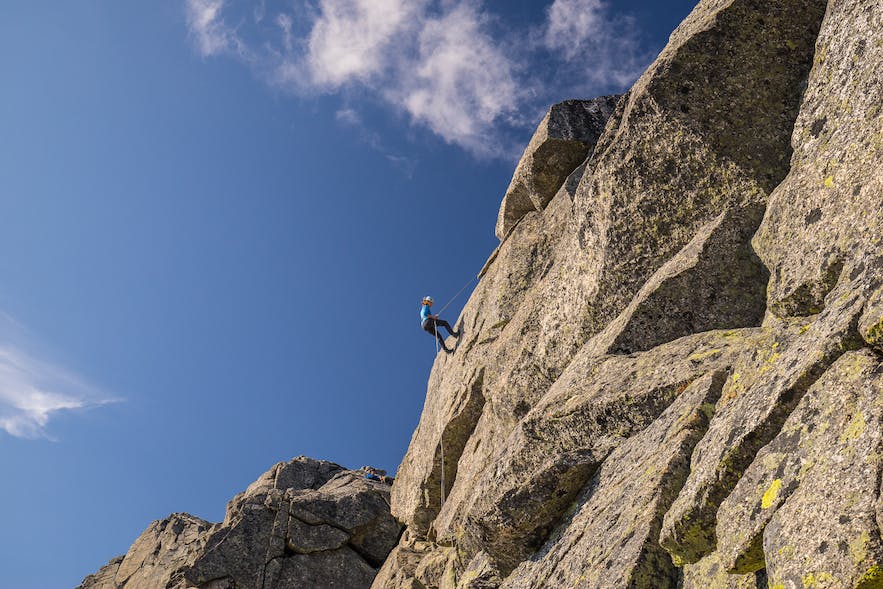 Going down means going back the same way you came, but past the ”10 forbitrede fingertak”  you rappell instead of climbing down. Back at Halls fortopp you can put your climbing gear in your backpack and relax a little. But you still have some 1300m to descend. 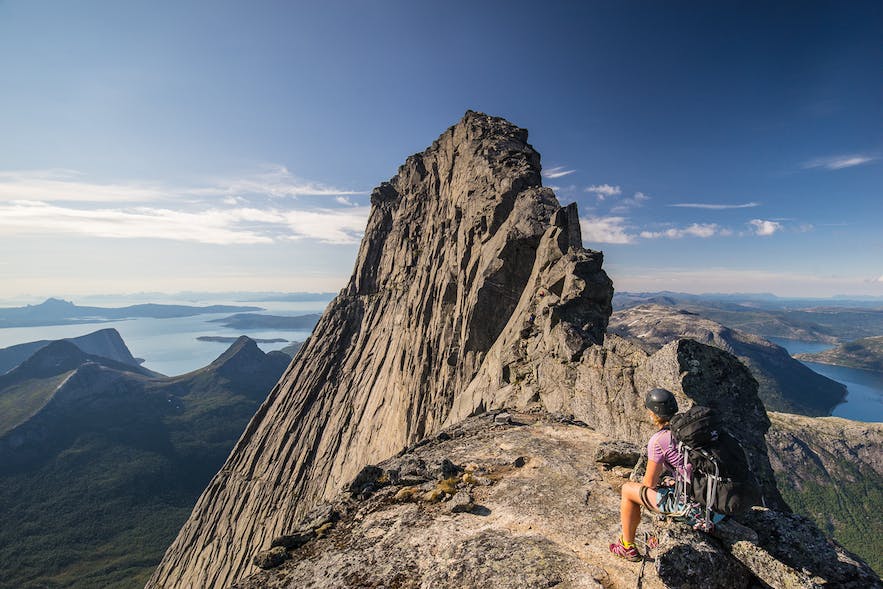 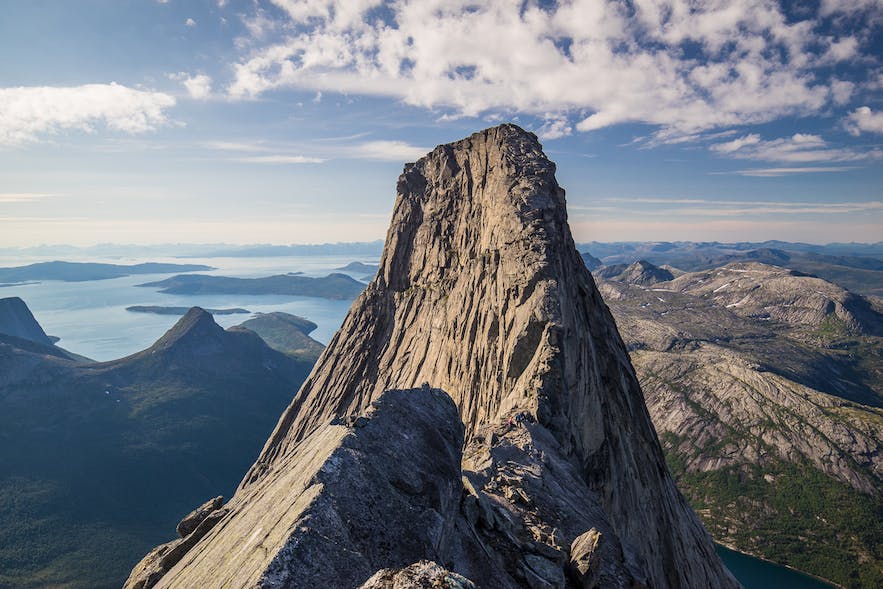 When you come down you hopefully rembembered to put some beers in one of the small rivers close to your tent! I can gurantee you that the beer will taste heavenly and that you will sleep good this night! 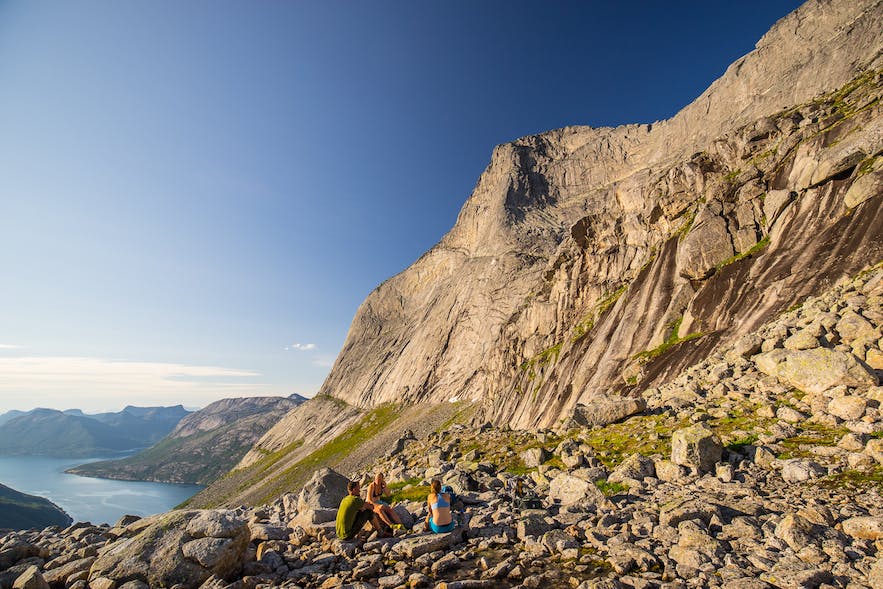