Dating back to the 1100s, Stave Churches have become an important piece of Norway's old and fascinating history. It's believed that there was built close to 2000 Stave Churches in Norway during the Medieval era but only 28 remain today, most of whom are built between 1150 and 1350. In fact, Norway is home to most surviving Stave Churches besides those built in the 1500s at Hedared, Sweden and one that was relocated from Norway to Germany in 1842.

If you're planning a visit to Norway and you're interested in experiencing some of its history, then visiting at least one of these majestic churches is something you must do.

What is a Stave Church?

A Stave Church is an old traditional Christian church once common in north-western Europe. The churches are built with wood and the construction is made out of poles. When looking at the buildings you can also notice how the Norwegians had a tradition of using wood in their art, as the churches are beautifully decorated with various patterns and symbols. These symbols are a mix of both Viking and Christian symbolism.

Let's look at Norway's most known and iconic Stave Churches that are well worth a visit:

The Hopperstad Stave Church is reckoned to be among the oldest remaining Stave Churches and is believed to date back to 1140. After 700 years, the church was no longer in use, the exterior was stripped and it was in an extremely poor shape. In 1880 it was bought by The  Society for the Preservation of Norwegian Ancient Urnes. However, it was the great effort of Peter Andreas Blix, a Norwegian architect, that would make the Stave Church shine once again. Blix restored the church to what he believed it originally looked. During the restoration it was discovered carved sections under the floor, which indicates that the church replaced an older one, probably dating back to the later half of the 11th century.

Kaupanger Stave Church is the largest in the Sogn region. Its name indicates that it's been a trading place here (kaup means trade in old Norwegian).

The church has a total of 22 staves (poles) where there's 8 on the longer sides and 3 on the shorter. This is the highest amount of staves found in any Stave Church.

There have been several restorations of the Stave Church whereof the latest was in 1960. During this restoration, its exterior was built to match its appearance in the 1700s. These restorations have revealed that there were two churches here prior to the one we expect to date back to 1130. The second church was found as a layer of ash and it was beneath this ash they found a coin minted in 1130, which indicates when the new church was built.

Borgund Stave Church is the best preserved Stave Church of all the 28 still remaining in Norway. The church located in the municipality of Lærdal in Sogn og Fjordane is also among the most photographed and visited. Unlike the Kaupanger Stave Church, it is no longer used for church functions but it's now solely used as a museum. 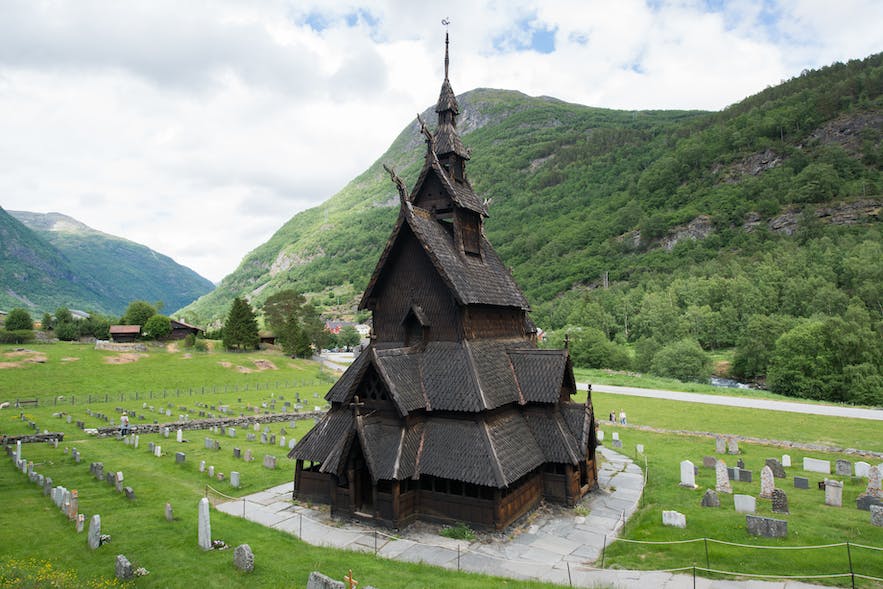 It was built around 1180 and, similar to most other, it has been restored multiple times since that time. The Stave Church is located nearby the iconic Kings Road and Vindhellavegen which was named one of the most beautiful roads of 2014.

While it's not as old as many of the other Stave Churches mentioned in this article, Eidsborg Stave Church is no less beautiful. It is believed to be built between 1250 and 1270 and just like Borgund, it's among the best preserved of the 28 remaining Stave Churches.

The Stave Church in Heddal, just outside of Notodden, is the largest in Norway and was built during the early 13th century. It's still in use and there are regularly weddings held here during summer months (hence it might be closed during Saturdays and Sundays). 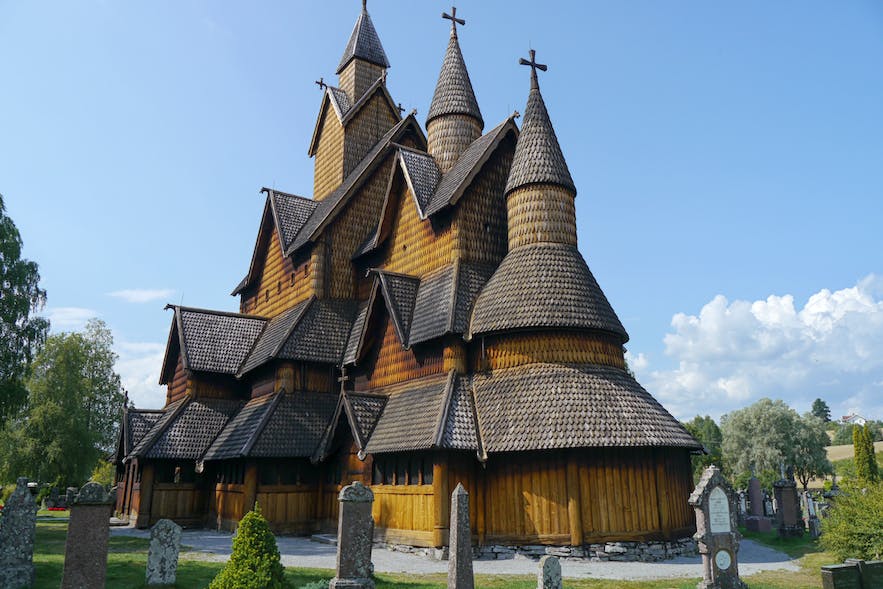 Heddal Stave Church has four carved entrance portals and is constructed around 12 large and six smaller pine support pillars. After the reformation, the church was in particularly poor shape and went through a restoration during the period of 1849-1851. However, the restorers lacked the skills and knowledge required and it went through another restoration in the 1960s.

Particularly beautiful is the rose painting from 1668 on the walls.

These churches are part of our history and even though only 28 remain, most of them are well maintained so our future generations can enjoy their beauty as well.