Norway is home to nine of the 20 highest waterfalls in the world, as well as the ten highest in Europe. As you can imagine, putting together a list of the country’s best was pretty difficult, but fear not, it has been done!

Whilst a few of the very highest have been left off this list for not quite offering the awe inspiring spectacle you expect from a proper waterfall, what is left needs to be seen in person to be truly appreciated.

In no particular order, here are some of Norway’s finest waterfalls.

Standing alone the Seven Sisters may appear to be just another bunch of tumbling, segmented waterfalls, but if you take into account that it sits within Norway's most beautiful fjord and is nearby to several other mighty falls including Friaren, Ljosurfossen, and Bringefossen, you will grow to appreciate it a little more.

A visit here, within what is a UNESCO World Heritage Site, is sure to be unforgettable. For further reading, check out this informative piece on Geirangerfjord by one of our locals, Vidar Moløkken. 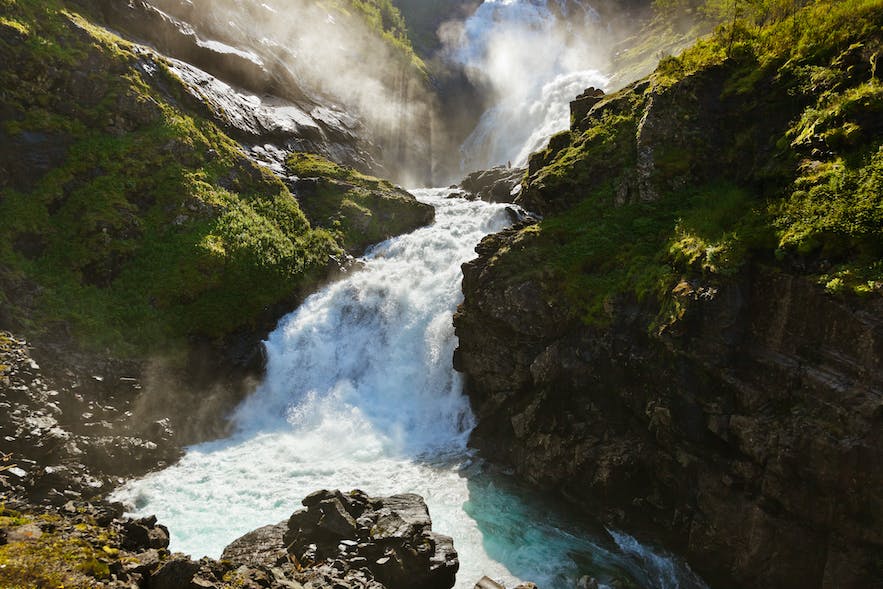 This waterfall is a highlight on the famous Flåm Railway journey, and any trip to Norway should include the scenic ride which stops to offer an epic view of Kjosfossen.

You can walk right up to the water’s edge to get a real sense of its power as it tumbles down and past you. Make sure you stop by at our friends at Flåm Guide Service and their great selection of Fjord tours. 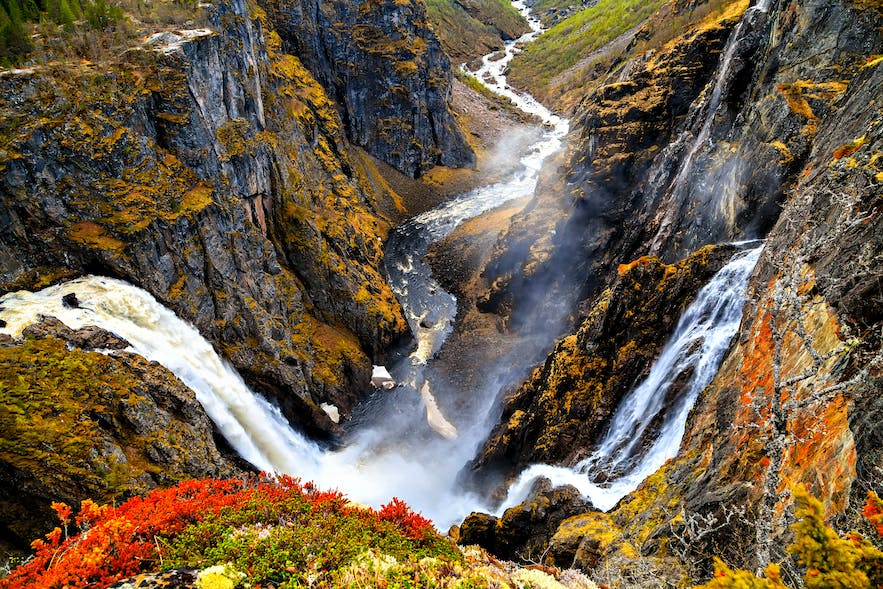 Vøringsfossen is probably Norway's most famous waterfall. When it’s not being used for its hydroelectric power, the falls can be seen in all their glory during the summer tourist season.

Vøringsfossen is found in a steep gorge of the Måbødal Valley in Måbødalen, and there are a number of viewing options, including a bird’s eye perspective from the Fossli Hotel and a much closer look from one of the lower overlooks. 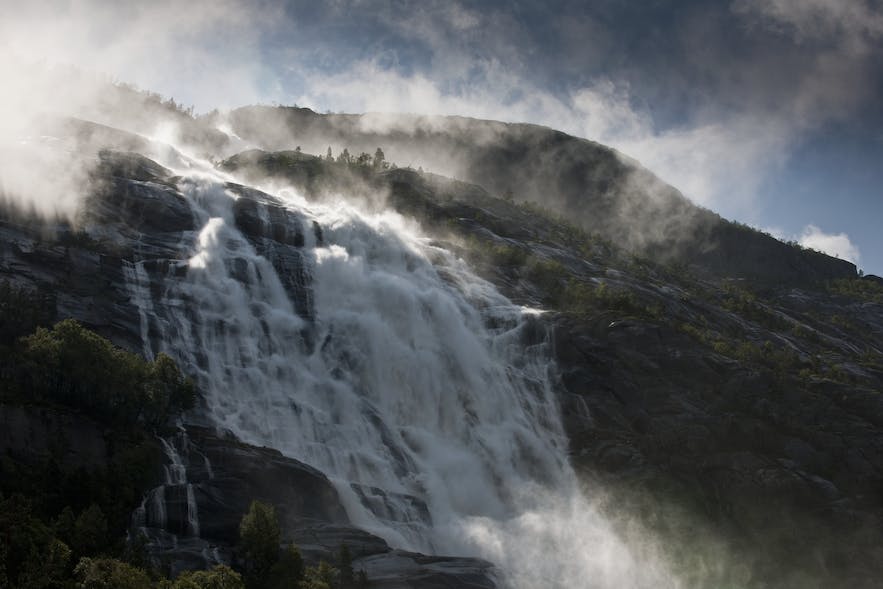 Langfoss is without doubt one of the world’s most beautiful waterfalls, tumbling down into Åkrafjord from a height of over 600 metres. Its uninhibited flow leads to a daunting natural spectacle, and its fall into the fjord below is visible from several perspectives. 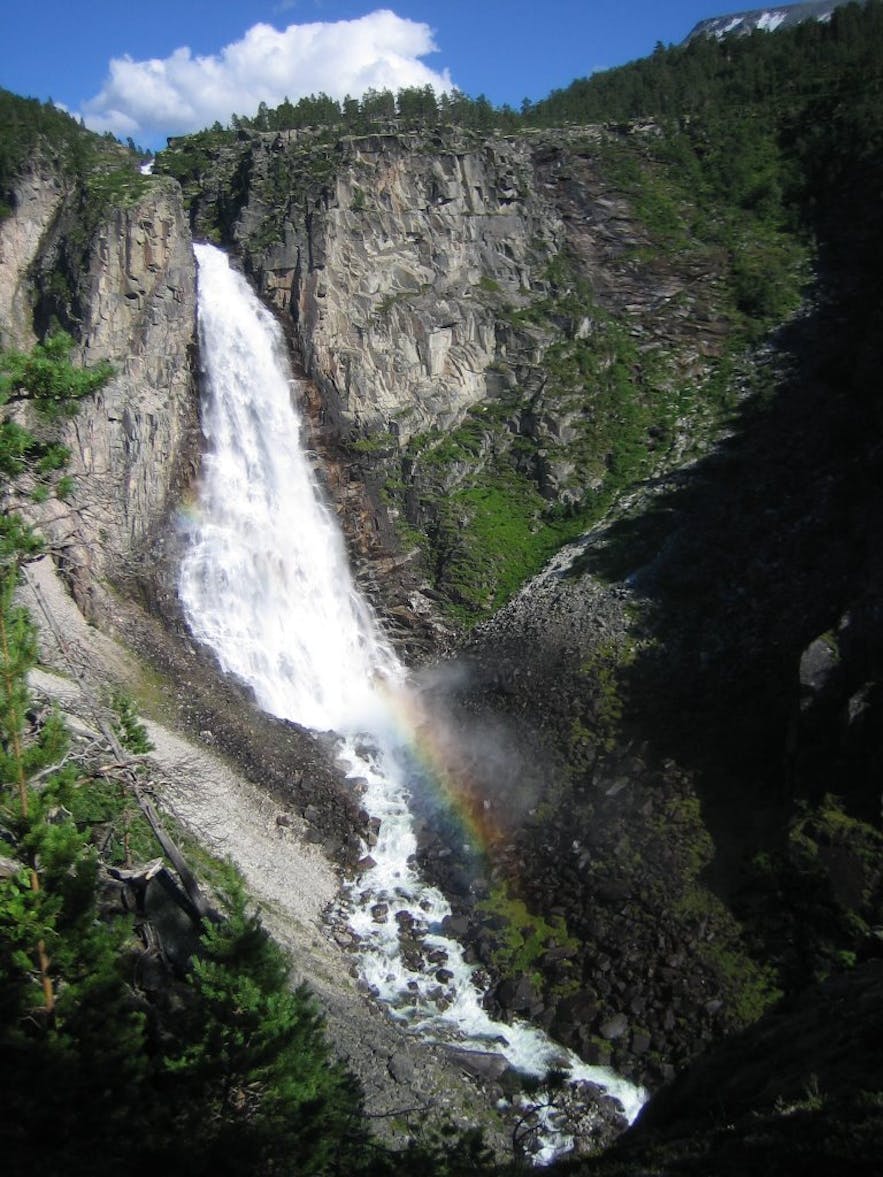 Linndalsfallet is unruly, and one of Norway's most commanding sights. The falls can be observed from across the wide basin in which the water plunges down. The view, necessarily, is somewhat distant, but this takes nothing away from the experience, as the enormity of the falls and their thunderous roar makes it seem an awful lot closer. 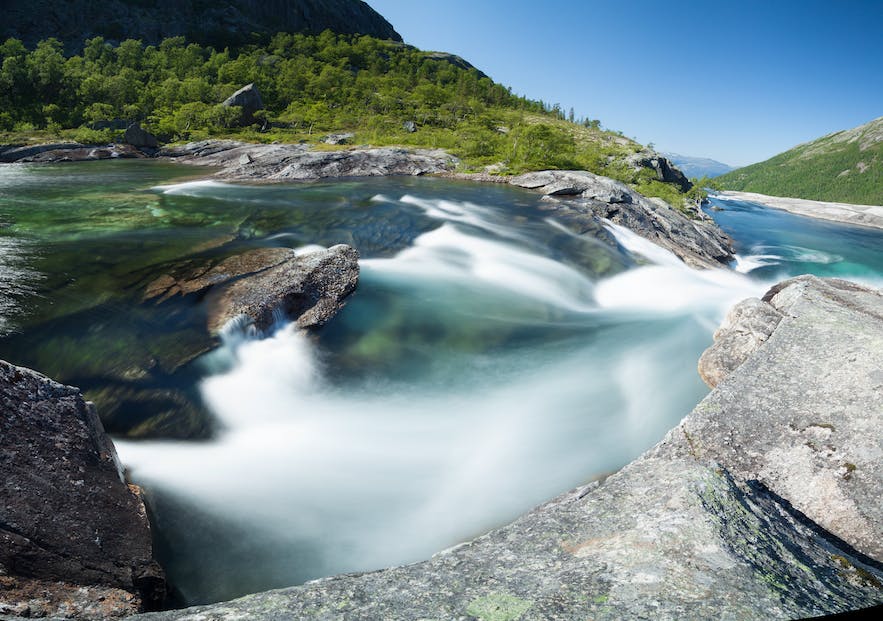 The Husedalen Waterfalls are a series of four giant falls on the Kinso River, creating a cumulative descent down from the Hardanger Plateau to Sørfjorden. Over the course of the drop, the water descends 840m over a four-kilometre stretch. The hike up to the top is difficult but well worth it for the views along the way. 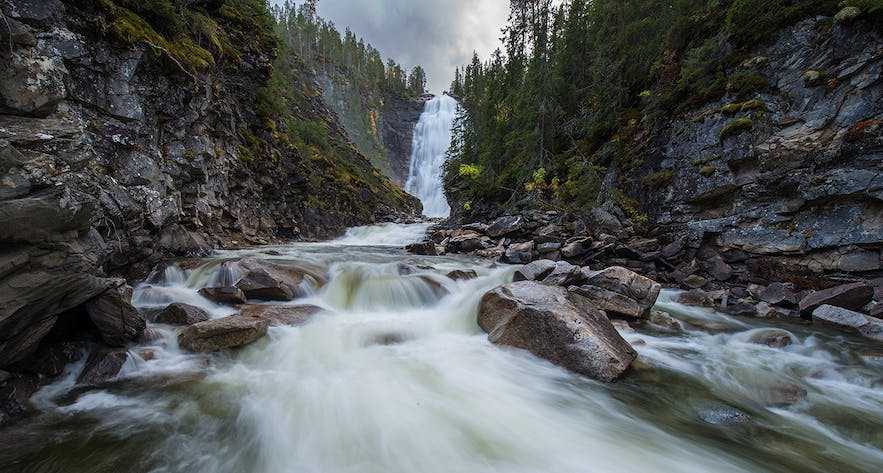 Waterfalls as breathtaking as Henfallet are rarely found anywhere but in the dramatic scenery of Western Norway. This rare eastern fall is, however, well worth a detour.

The picturesque Henfallet cascades down from a height of 90m, making it the tallest in Sør-Trøndelag County, just a short drive from the quaint city of Trondheim. 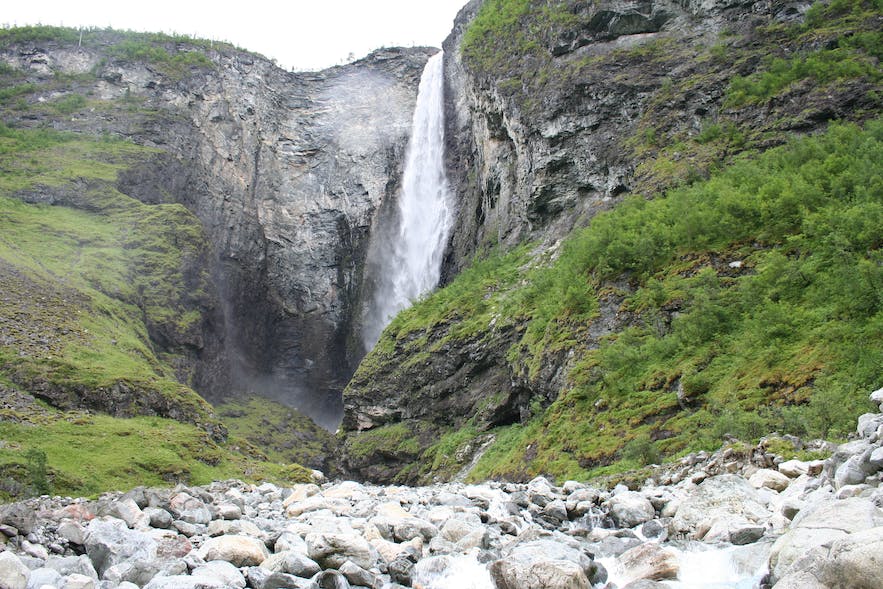 Vettisfossen is one of Norway’s tallest waterfalls, towering over the Utladalen Valley at a height of 275m. To its side stand several other majestic waterfalls, including Hjellefossen and Avdalsfossen.

A three-hour hike will take you closer to its peak, from which you can gaze at the thunderous water and the valley way down below. 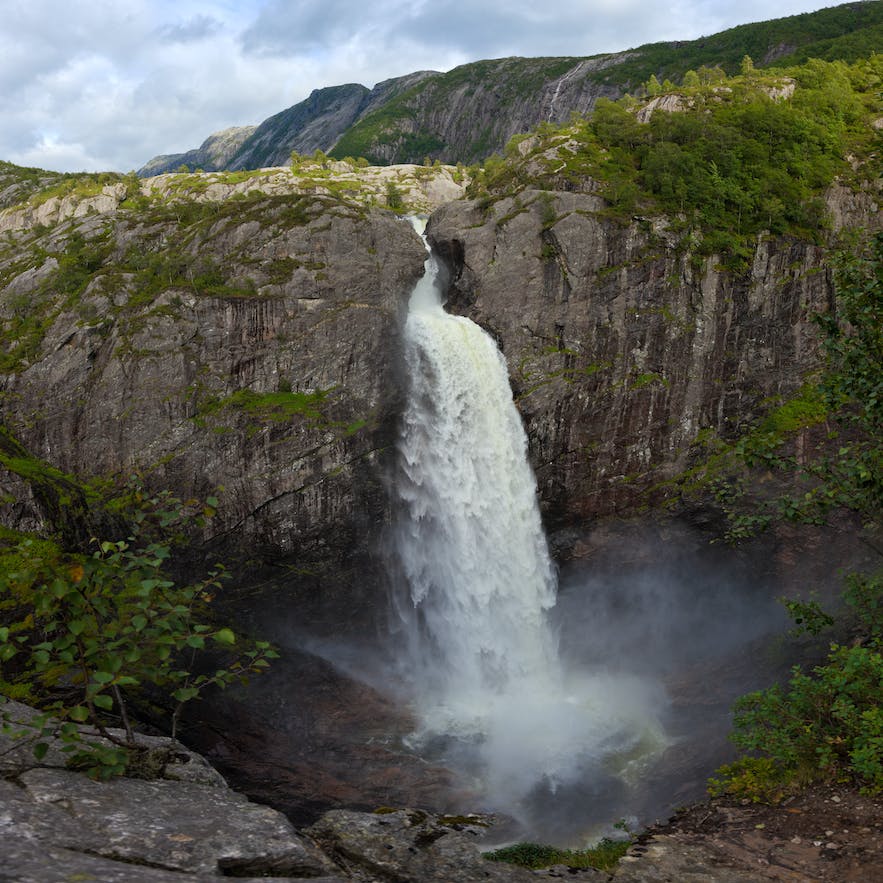 Månafossen is found at the bottom of Frafjord, and its turbulent waters are fed by the river Man. The falls spurt out of a cliff face magnificently and fall down a height of over 90 meters.

From the car park a wild hike follows the river up to the waterfall, and whilst the terrain is rugged, steep and can be muddy in places, don't be put off! Bad weather is also a positive too, as the falls really come to life after some heavy rainfall. 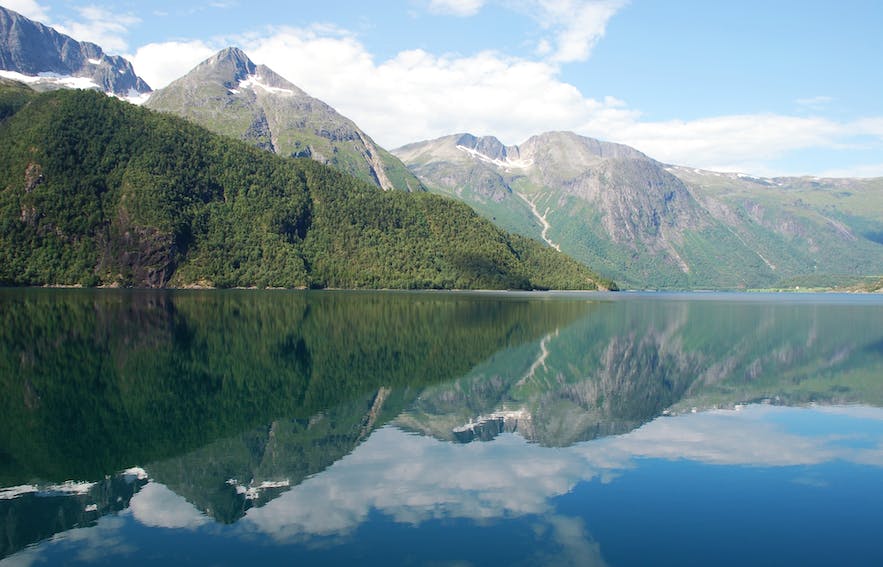 The incredible Mardalsfossen is one of the highest waterfalls in Europe, and its many tiers combine to a height of over 700m. Like several of Norway’s more grand waterfalls, it could easily have been developed and essentially closed down for its hydroelectric potential energy, but with a little compromise, Mardalsfossen is allowed to flow during the summer season.