How to See the Northern Lights in Norway

Norway is a country known for its incredible landscapes and the wide variety of scenery but one of our greatest and most admired natural phenomena is the magical Aurora Borealis, also known as the Northern Lights.

To spot the Northern Lights in Norway you need...

The Northern Lights are undoubtedly one of the most remarkable natural wonders. Describing the experience in words, pictures or video will never do the actual experience proper justice.

Subject to myths and folklore through the ages, this phenomenon attracts large groups of tourists to Norway every year.  However, many who go searching for the Lady in Green without being prepared, miss the opportunity to see it. 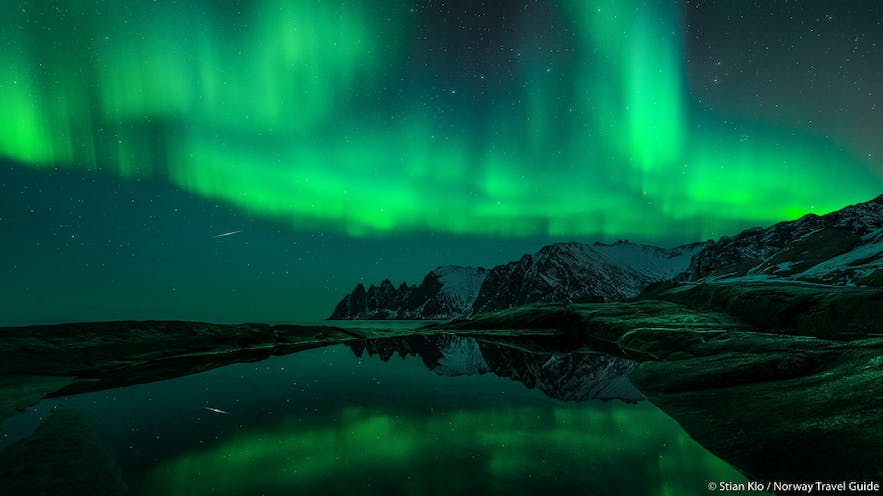 One of the most common misconceptions is that you can see the northern lights anywhere in Norway. As you will discover once you read on, that’s not quite how it works.

In this guide, you will get to know how to prepare and optimise your chances of spotting the Northern Lights while in Norway.

What are the Northern Lights?

You may have asked yourself what is actually happening when the bright colours of green, blue, pink, yellow and even purple begin to dance around in the arctic skies? What you are in fact witnessing, is when electrically charged particles from the sun enter the earth's atmosphere and collide with gaseous particles in the Earth's atmosphere.

Are the northern lights visible all year?

The Northern Lights are active all year but they are only visible in the dark. Since the Norwegian summer is bright and the sun doesn’t even set in the northern parts, the Aurora won’t be visible.

You have the best chance of seeing the northern lights between September and April, as the nights (and days) are getting darker. Even though the Aurora is still as active as during rest of the year, it’s now visible in the sky for us to see. 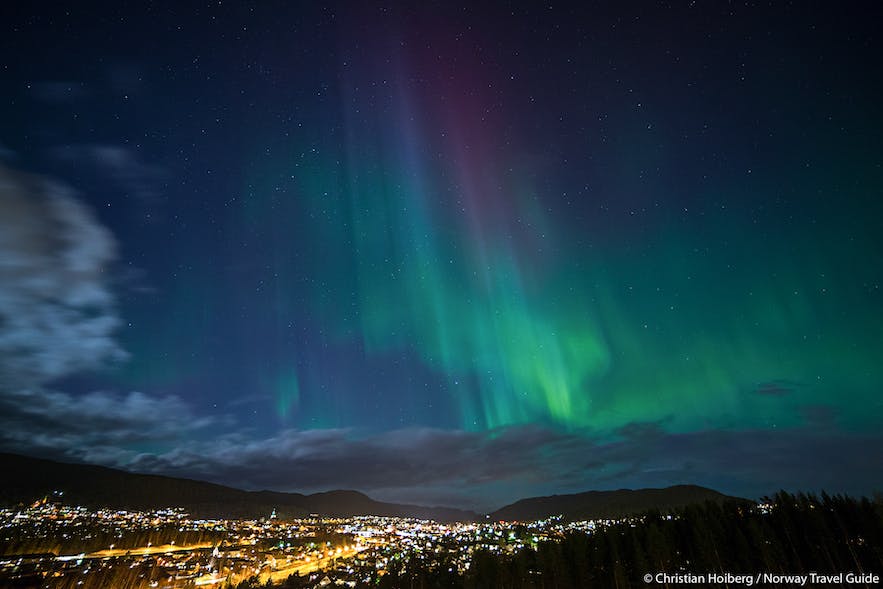 Since the northern lights are happening in the sky, they are only visible during clear nights. In cloudy conditions, you will not be able to see them. This is perhaps the biggest challenge when it comes to seeing the Northern Lights during winter as the weather is often unpredictable and, if you’re unlucky, it can be weeks without a clear night.

Planning a trip to Norway just to see the Northern Lights can be challenging, as much depends on your luck with the weather. Make sure you’re visiting between September and April to maximize the chances of seeing some lights.

Can I see the Northern Lights everywhere in Norway?

This is another common misconception that many have when travelling to Norway. Even though only 5 million people live here, it’s a large country by area (148 718 square miles) that stretches from 57° to 81° North. 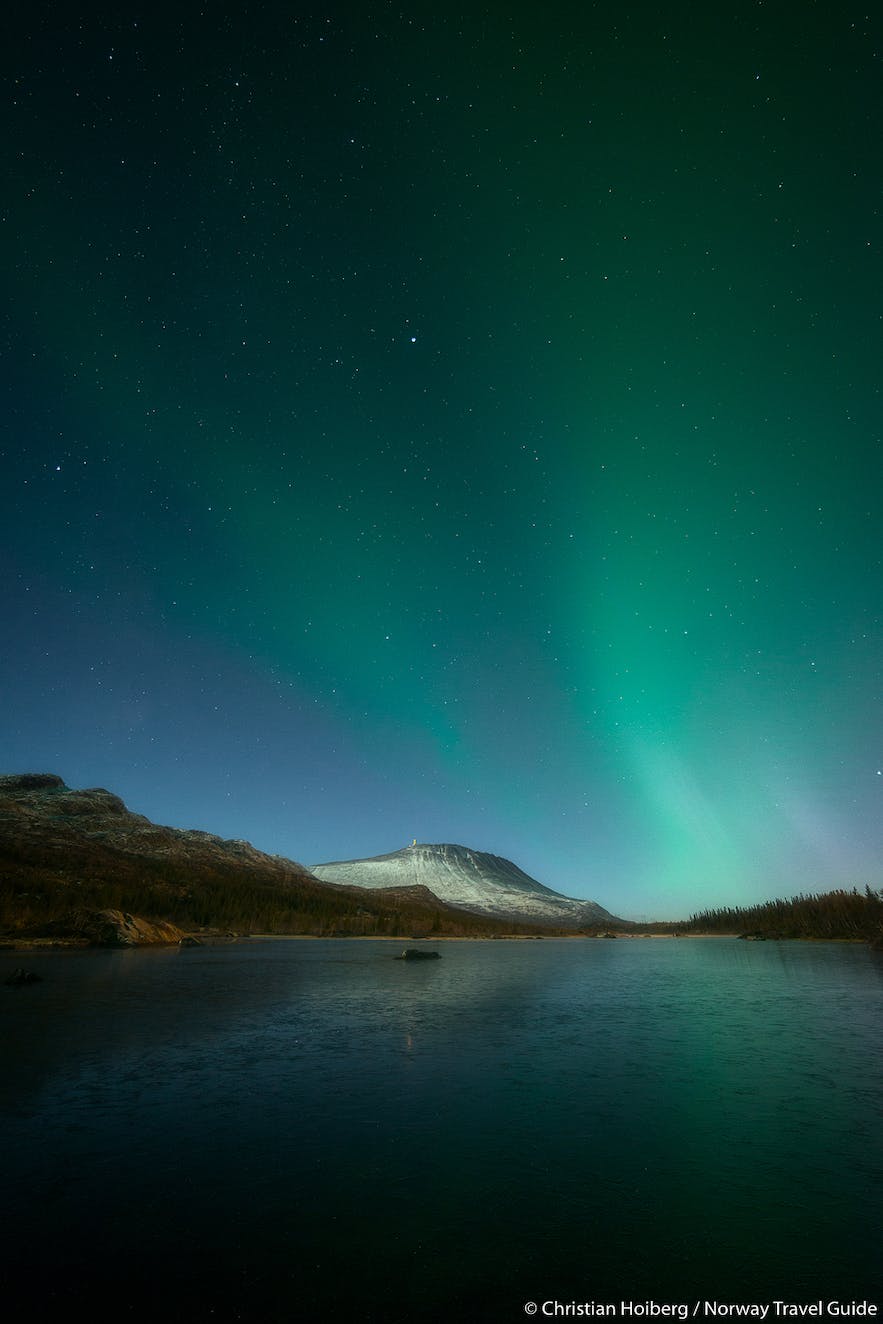 Since the northern lights are a phenomenon that is mostly visible in the northern hemisphere, it’s not common to see them everywhere in Norway. Hence, the farther north you go, the better.

Northern Norway is the most popular region to visit for Northern Lights hunters. However, on some days they can be visible in all of Norway but not as strong as what you’ll normally see in the north. Tromsø is by many considered the Northern Lights capital of Norway.

How can I see the Northern Lights in Norway?

If you’re visiting Norway between September and April the odds are already in your favour that you will have at least one night where the northern lights appear in the sky. That, however, doesn’t mean that you’re guaranteed to seeing it! 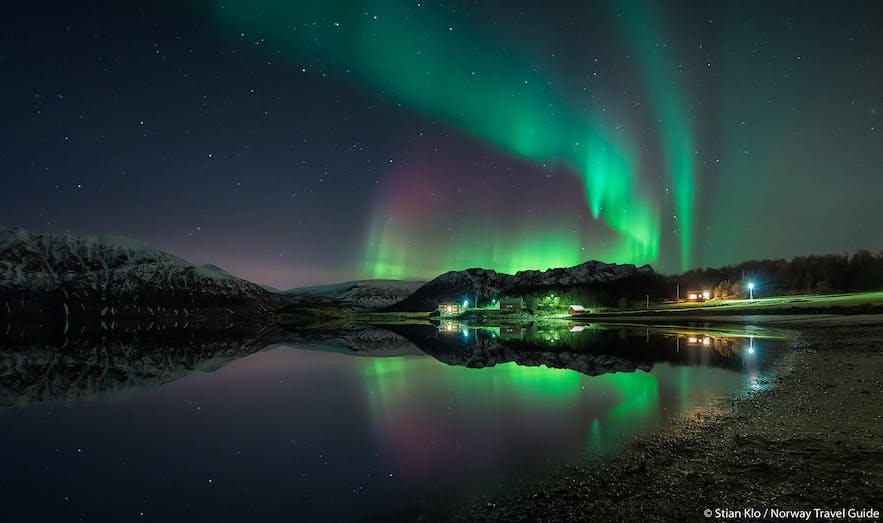 Getting away from light pollution and city lights is essential if you want a good look at the Lady in Green, especially if you’re not in northern Norway. The city lights will lower your night vision and you will most likely not be able to see the northern lights even though they are dancing above you.

If you’re visiting major cities such as Oslo or Trondheim make sure that you get out of the city centre and towards an area with less light pollution. 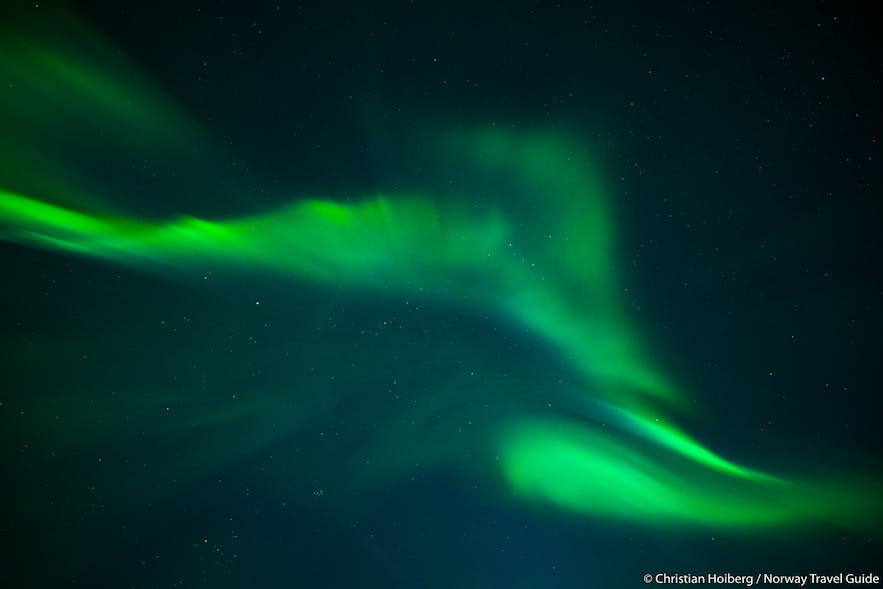 Ideally, the location you’re at should have a clear sight towards the north, as that’s where you’re most likely to see the northern lights.

Should I go on a guided Northern Lights tour?

If you are in possession of a car, setting out on your own to chase down some Northern Lights is more than doable. However, going on a tour with an experienced guide to not only maximize the likelihood of spotting the Aurora Borealis, but he will also be able to take you to spots that will make the experience as enjoyable as possible.

Another benefit of opting for a guided Northern Lights tour is that in most cases the guide will be an experienced nature photographer. You can opt for tours where high-resolution digital photos from the night are included.

Are you good to go?

Whether on your own or with an experienced guide, experiencing the spectacle of the Northern Lights with your own eyes is sure to be a truly unique experience.

Still have questions? Let us know in the comment section below or use the contact button to ask us for assistance.