Northern Norway, and perhaps especially the archipelagos in the arctic part, has stunning scenery to show off. The most special about these areas, is that one can follow the light in all directions, around the clock. In the morning increases the light and colors in line with the sun rising on the horizon. Polar night means that the sun never comes up, so after noon it begins to darken again. The few hours of light we experience, is all dusk.
Then comes the afternoon where it gets dark again, the moon appears when it is illuminated. Then, suddenly the Northern Lights could come creeping, usually first weakly, sometimes already from 4:pm. We are having Northern Lights quite often. It does not act vigorously all the time, but is increasingly visible in the bottom north to well up in the sky. And each time it occurs an explosions on the sun, we can expect a bigger light show within 2-3 days afterwards.

Still no sunrise, but the lighting conditions before noon is exceptional. Some snow and ice does not hurt either.

During the dark period, and especially during the coldest periods, it may cause a phenomenon called Pearlescent clouds (arctic stratospheric clouds) These are clouds of ice crystals at a very high altitude, that the sun's rays reaching up to, while the lower-lying clouds remain dark and colorless. The phenomenon is very colorful and beautiful, and are lightening up a dark time of year. 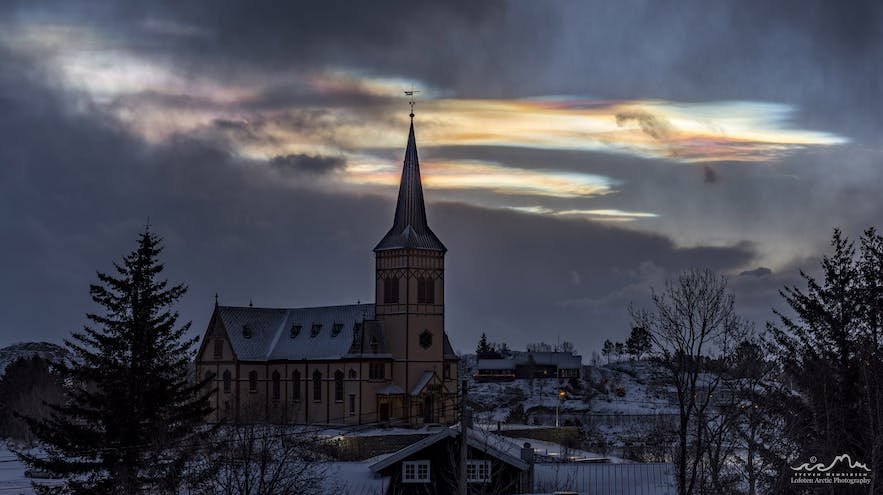 Polar night in Lofoten officially starts on December 6.-7. and lasts until January 5th-6th. But really you can say that dark period occurs before the sun disappears, and lasts for a while after it has come back, because it is only up in a very short time the days and weeks before and after.
For those who love the night, starry sky, the northern lights, and especially for those who are practicing astro-photography, Northern Norway is a favorite place to be between November and March, where most of the day and night is dominated by darkness. 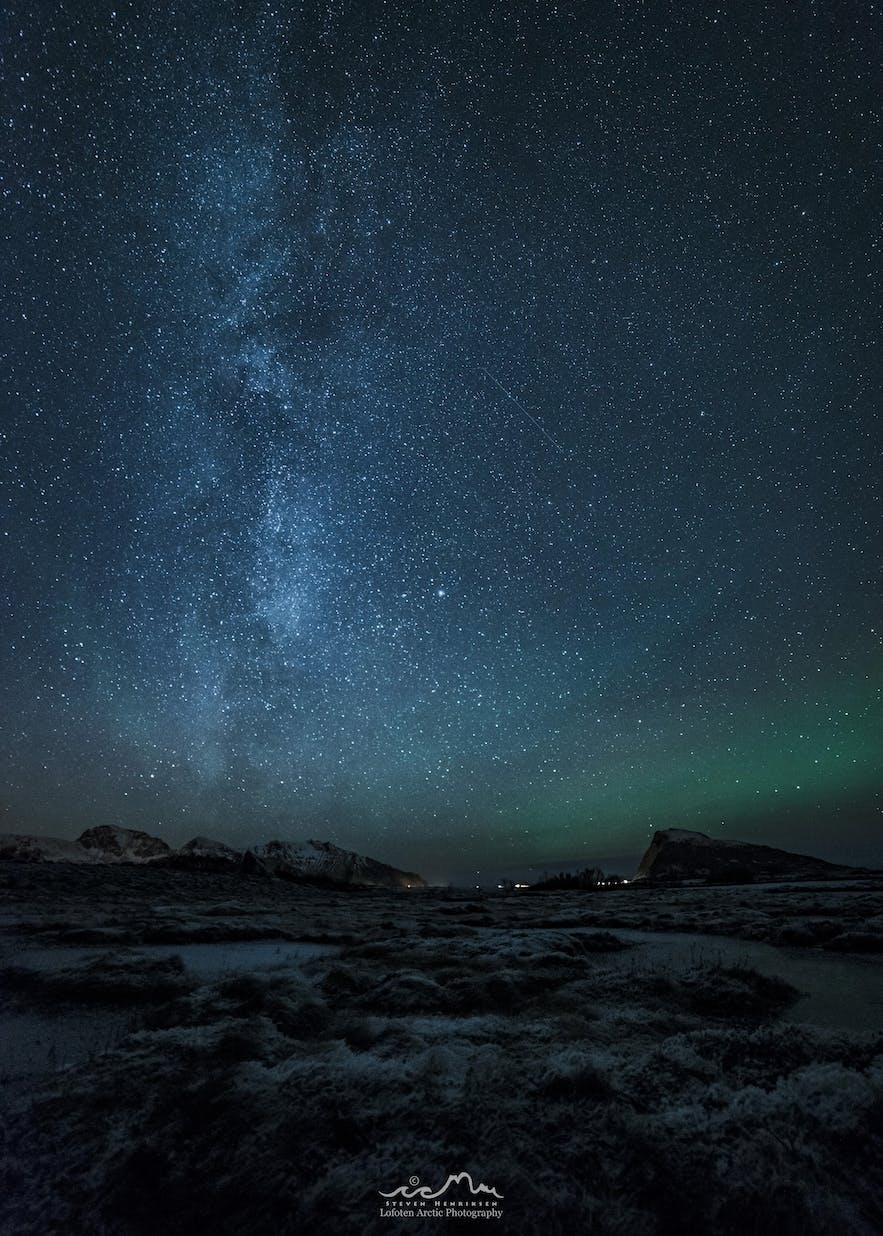 During cold and clear nights, the Milky Way is clearly visible, which is fascinating to watch and photograph. Here from a bitterly cold night at Gimsøy in Lofoten.

Speaking of cold nights, the days also can be very cold at this time of year. Therefor I highly recommend to bring lots of warm cloths, footwear, a thick and warm hat, gloves and a fully charged head-lamp. Are you considering hikes in the mountains, you need to bring proper equipment for that, including crampons and an ice ax. 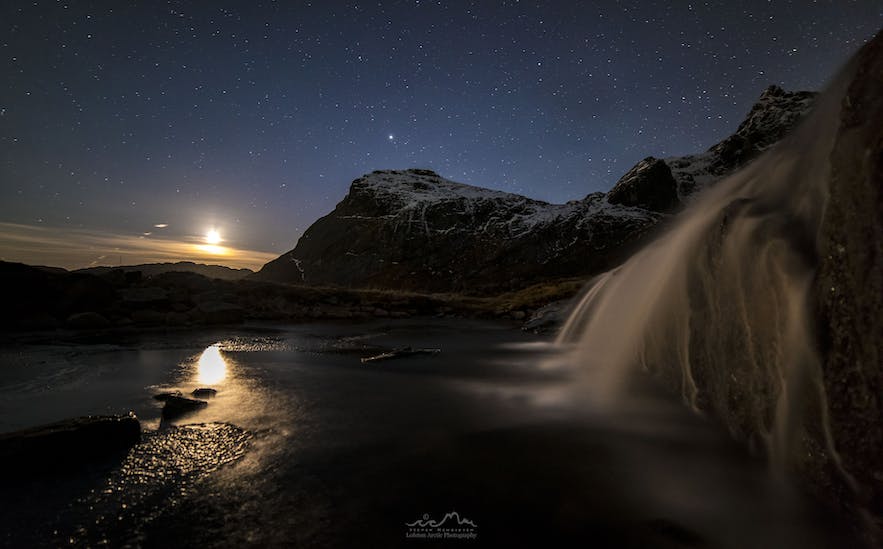 In the absence of aurora activity, there are many other subjects you can play with, as here somewhere on Flakstad island, western Lofoten. The moon rose in perfect angle to this beautiful waterfall, and the planet Venus glows clearly over the mountains in the background. 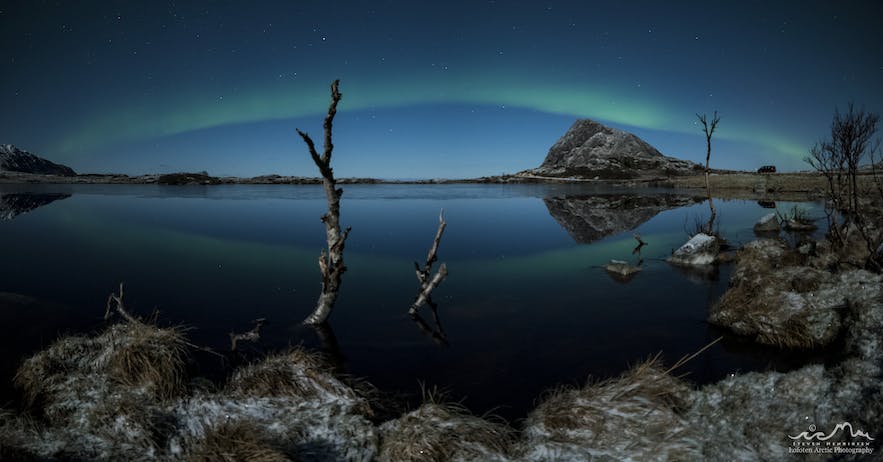 Moonlit nights provide the absolute best conditions in terms of night photography. This season the frost did not came until after New Year. When this picture was taken, it had just begun to form ice, while parts of the water was still completely open. The low auroral oval reflected clearly along with the rest of the landscape in this lovely night.

It is not possible to get through the darkest time of the year without experiencing a bit hefty aurora activity. The only thing that can hinder, is the weather, which can be very unpredictable. Some years there are clear skies and cold conditions all the time, while the second year might be overclouded for months, with only a few days' exception. Still, once you get to experience a real show, all clouds are forgotten, at least for a while. 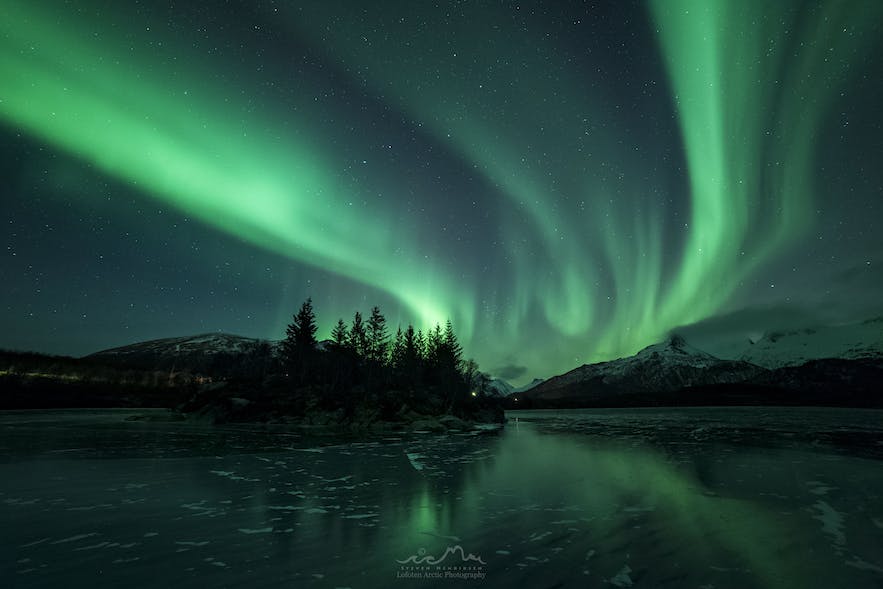 A frozen lake provides many new opportunities, like taking pictures from new angles, while, as in this shot, one can utilize reflections as a blank ice surface provides.

Something that always means a lot to the locals, is when the sun returns again after a whole month's absence. The first days of sunlight is absolutely brilliant. The sun is barely hanging above the horizon, and appears to be more red than yellow the whole time it shows up, while everything its rays hit, gets a sharp reddish-orange color. Mountains, snow, rocks, trees, houses, yes everything gets bathed in orange light. There is only one thing to say. Lovely!! You can't feel the heat from it yet, but only in a few week you will. 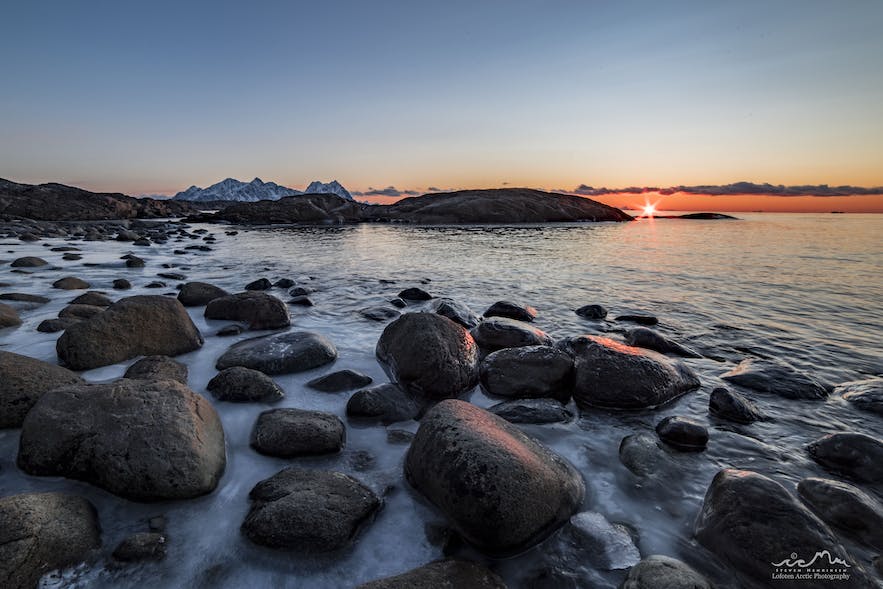 The sun shows itself again for the first time after a month's absence. Here photographed just outside Svolvær city.

Welcome to the Lofoten archipelago! Do not hesitate getting in contact with us locals, and please book your stay in advance! You'll find both accommodations and rental cars here at Norway Travel Guide, on the front page! 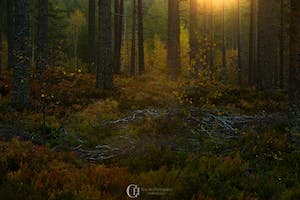 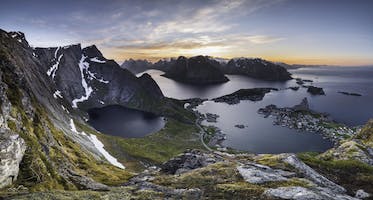 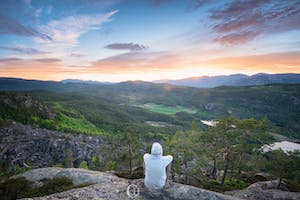 The land of waterfalls 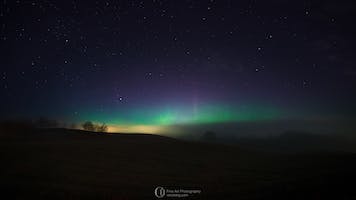