5 Most Beautiful Glaciers in Norway

Let’s start this off with some hard facts: There are 2534 registered glaciers on mainland Norway, plus 2100 glaciers on Svalbard.

However, recent studies show that the total glacier area is reduced by 12% since the 1960s.

The glaciers vary largely in size, which means that also small glaciers are registered.

Austfonna, which is Norway’s largest glacier, is located on Svalbard and with its 8450 km2 it’s among the largest in the world.

Mainland Norway doesn’t have a glacier as massive as Austfonna but the largest glacier, Jostedalsbreen in Sogn of Fjordane, is still of an impressive size with its 474 km2.

That should be enough hard facts for today, so let’s look at the most beautiful glaciers in Norway:

Svartisen is a collective term for the two glaciers Vestre Svartisen (western) and Østre Svartisen (eastern) that extends through Rana, Meløy and Rødøy in Nordland County. 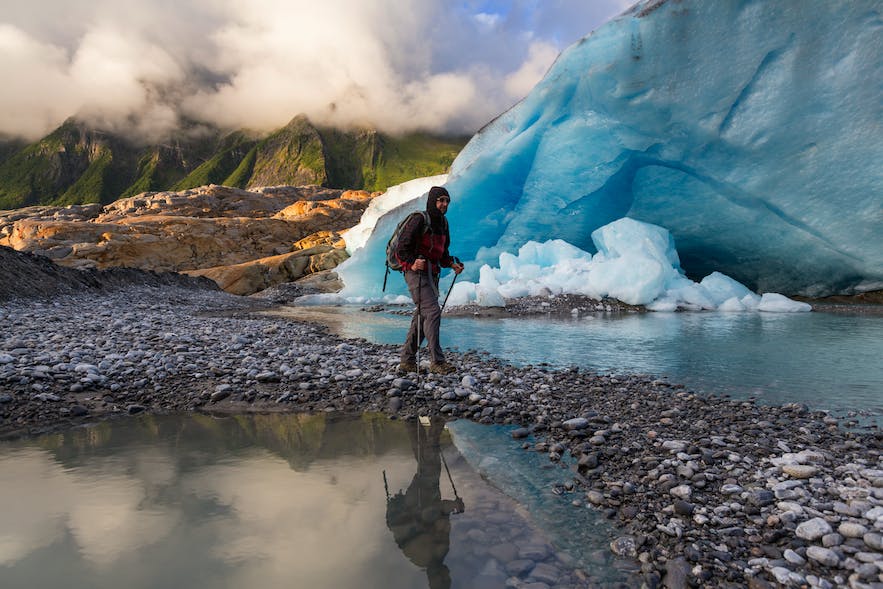 Even though these are two separate glaciers, whereof Vestre Svartisen is the second largest in Norway, they used to be connected only 300 years ago.

There are also several other small glaciers in the area, which makes this a particularly attractive destination for glacier hikers and explorers. Engabreen, one of the outlets from Svartisen, ends less than 20 meters above sea level, which is the lowest point of any glacier on the European mainland.

Its low altitude makes Svartisen one of the most visited glaciers in Norway and more than 25.000 tourist visits each year.

The largest glacier in mainland Europe, and obviously in mainland Norway as well, is the picturesque Jostedalsbreen. At roughly 500 square kilometers, the glacier extends through Stryn, Sogndal, Lyster, and Jølster in Sogn og Fjordane County. 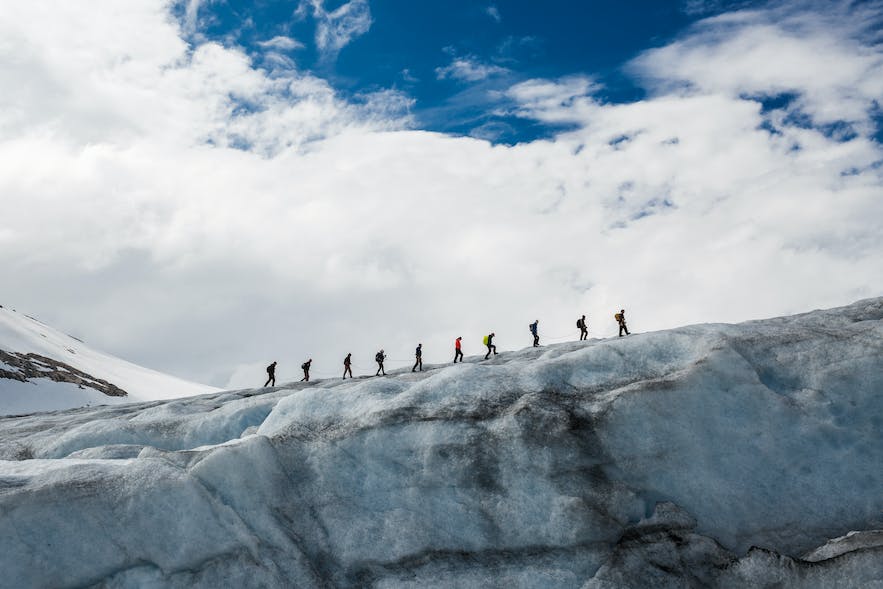 What makes Jostedalsbreen even more fascinating are all the large mountains surrounding it, where the highest point is at 2083 meters.

The thickness of the ice varies from area to area but at the deepest, the ice extends more than 600 meters down.

Despite what many tend to believe, Jostedalsbreen is actually a rather young glacier. It was believed that it dated back to the last global ice age but recent studies state that it’s no older than 2000 years. However, the glacier that was there prior to is believed to have melted during a warm period 7000 years ago. 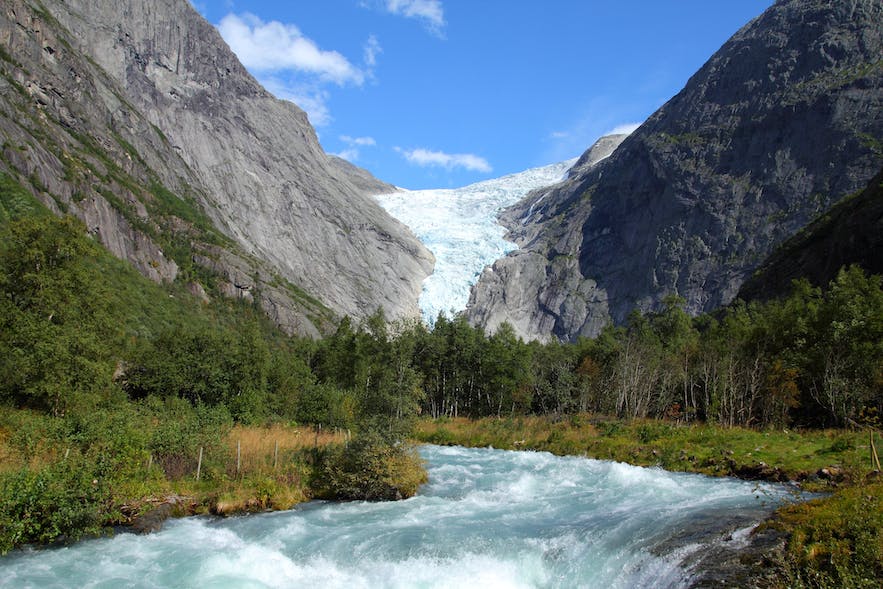 Among the many highlights of Briksdalsbreen are the many large and picturesque waterfalls rushing down the mountains. Kleivarfossen is one of Norway’s most photographed waterfalls and that rarely comes as a surprise for first-time visitors.

The area around Briksdalsbreen is also a popular area for hiking but there are options for those who aren’t able to go on longer hikes. Visitors at Briksdalen can go on a 1.5-hour round-trip in a “Troll Car” where you’re taken to all the scenic spots.

Norway’s third largest glacier is the adventure-filled Folgefonna, most known for its summertime ski resort and a large selection of glacier adventures.

You heard right, summertime ski resort. From the end of April until the middle of October you’re able to go downhill skiing at Fonna Glacier Ski Resort.

Even if you’re not much of a skier it’s highly recommended to take the scenic drive to the ski resort. 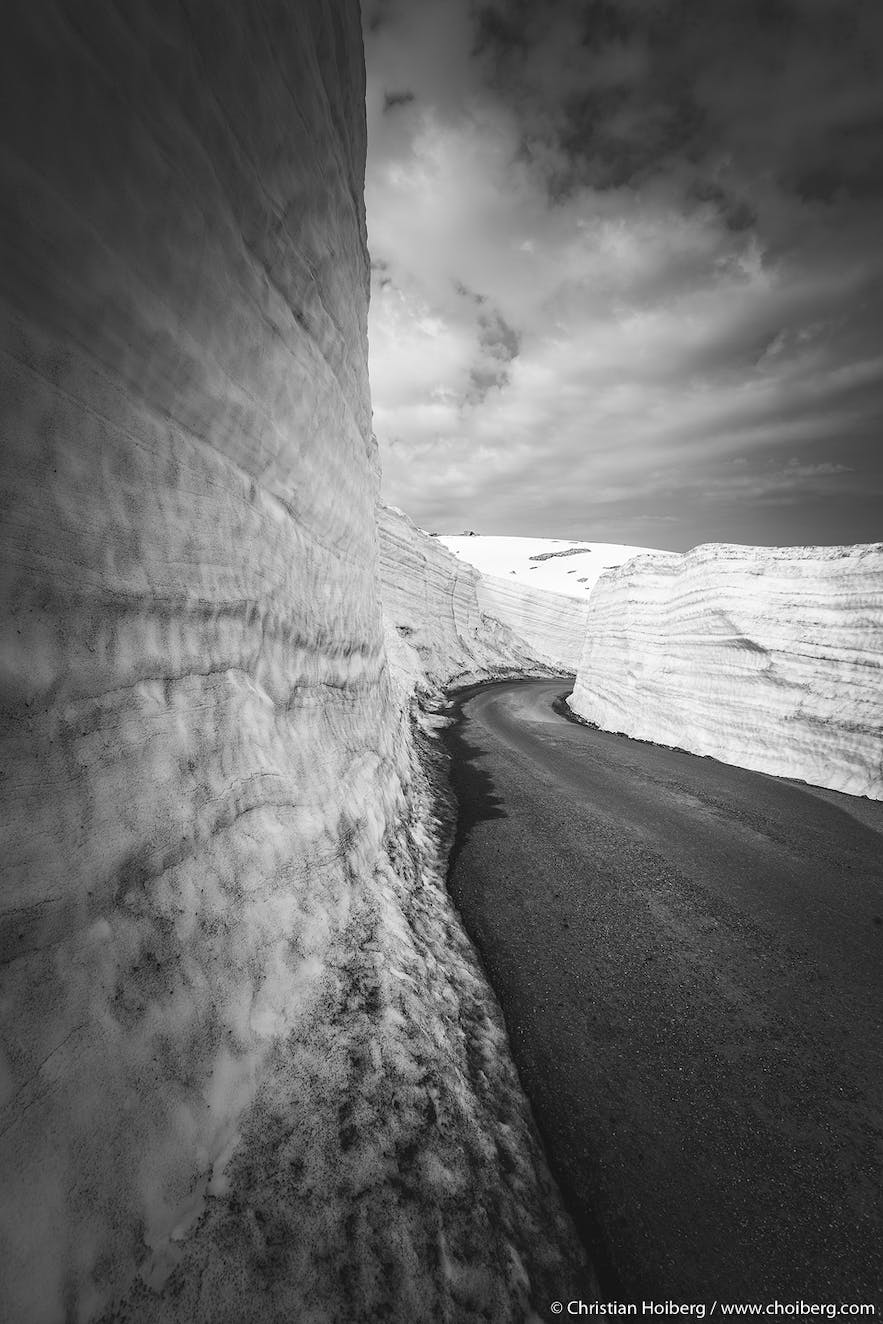 The road up is during spring an adventure itself as the snow banks can be up over 10 meters high.

There are also many other activities in Folgefonna National Park such as glacier hikes and glacier kayaking.

Hardangerjøkulen is a glacier located on Hardangervidda National Park, a popular destination both in winter and summer. During weekends and holidays, the national park often fills up with hikers, skiers, kiters and in general outdoor enthusiasts. For those who aren't too fond of hiking, the road through the park is rather scenic as well and is a good option.

For those who are Star Wars fans, it should be mentioned that the Hardanger Glacier, more specific Midtdalen, was the ice planet Hoth in Star Wars Episode V. That should be reason enough to go see it yourself! 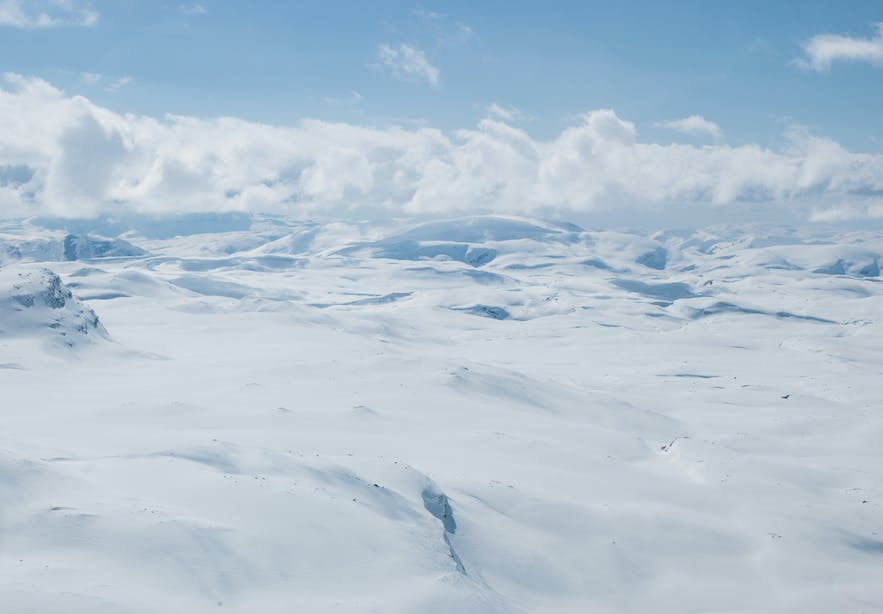 More seriously, though, the Hardanger Glacier is Norway’s fifth largest glacier and it’s a popular area for hiking. A long but popular hike is the hike to Demmevasshytta, a DNT cabin. The hike is approximately 7 hours and takes you past multiple glaciers. It’s, therefore, essential that you’ve got the correct equipment and skills needed.

Remember to respect the nature and always be careful when hiking around glaciers to avoid unwanted situations.

What's your favorite glacier in Norway? Let us know in the comment section below.