What are Polar Nights in Norway?

There's no lack of fascinating phenomena inside the Polar Circle. Either it's during summer or during winter, there's always something that attracts large amounts of visitors. The Polar Night is one of these phenomena that has fascinated tourists for a long time. While it might sound slightly depressive at first, you'll soon see that there's so much to be done during this period of time.

What are Polar Nights

The Polar Night, opposite of the Polar Day, occurs when the sun doesn't rise above the horizon for more than 24 hours. This is a phenomenon you find within the Polar Circle during the winter months. How long it lasts depends on how close to the North Pole you are.

During this period of time, the sun doesn't rise above the horizon, resulting in more than 24 hours of night. How dark it gets during this period will also depend on how close you are to the Poles. That means that you won't necessarily have 24 hours of pitch black (though most of the day might be) but there are several hours with blue hour which can result in a magnificent, arctic light.

It's exactly this arctic light that attracts so many people each year. The cold, yet beautiful, light is quite breathtaking and it's not hard to understand why it's become so popular amongst photographers either. In the south, you can see a colorful sky while in the north the sky is in a deep blue.

What might come as a surprise to many foreigners is that most of the locals consider this period to be amongst the nicest of the year. The magical light and skies have a special place in a locals heart.

Where can you see the Polar Night?

The Polar Night is a phenomenon that happens inside the Polar Circle. In Norway, that means that this phenomenon only occurs in the northern regions. While the days are short in all of Norway during the winter months, the sun rises above the horizon (even if only for a few hours) so it doesn't qualify as a Polar Night. Remember, a Polar Night is only when the sun doesn't rise for more than 24 hours. 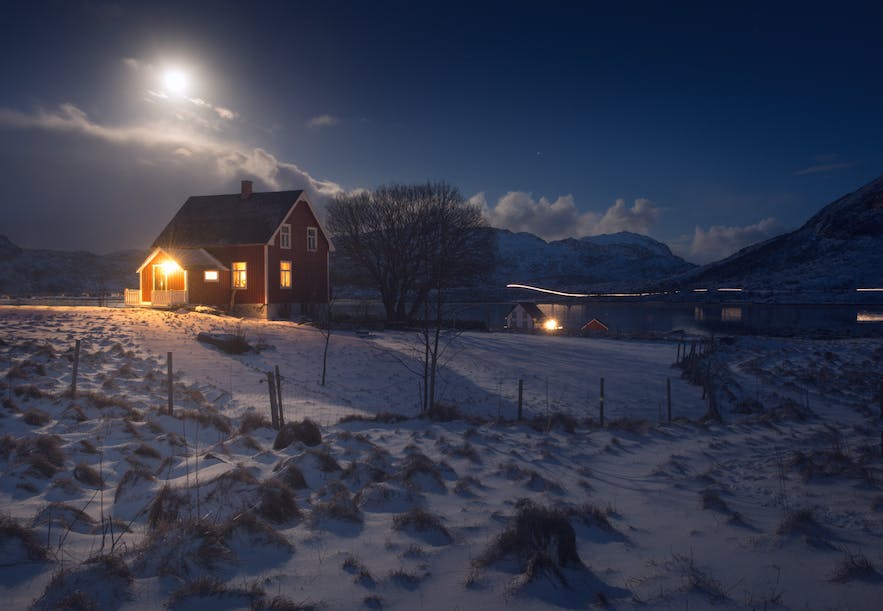 In fact, the length of the Polar Night period depends on where you are in Northern Norway. The further north you go, the longer the period will last.

Some popular places to visit during the Polar Night period are:

What comes as a surprise to many is that Bodø doesn't have Polar Nights. While they do have the Polar Day, the sun just rises above the horizon during the darkest period of winter. However, due to the mountains in the south, the sun isn't visible during a period but since it does rise above the horizon it doesn't technically qualify as a Polar Night.

When is the Polar Nights?

The Polar Night is a phenomenon that occurs during the winter months. As mentioned previously in this article, when it begins and how long it lasts depends on how close to the North Pole you are. The further away, the shorter the period lasts.

As you can see from the table above the length of the Polar Night greatly depends on how far north you are. In areas such as Svolvær and Harstad, there won't be 24 hours of pitch black since the sun is close to the horizon during mid-day you'll instead have a magical, deep blue light that can last for hours. In Longyearbyen, however, there are a couple weeks around Christmas where there's nothing but darkness throughout the entire day.

What can you do during the Polar Night?

So what can you do when the days are so short and there's no daylight for weeks?

Just because the sun doesn't rise it doesn't mean that the world stops spinning. The locals continue their days as normal and they still attend any activity they normally do throughout the rest of the year (well, except sunbathing that is!)

Since there are at least 20 hours of darkness in most of these areas, it's the perfect period to go chasing the Northern Lights. Either you choose to attend a tour and join a professional guide or try your luck alone, you have plenty of time to explore Northern Norway while searching for the magical Aurora Borealis. This is an experience that will stick with you for life. 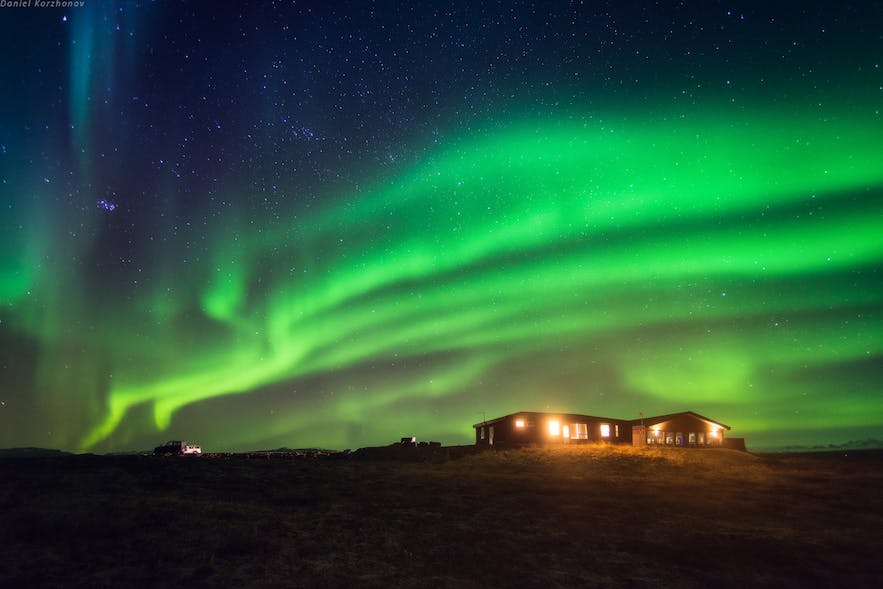 If you want to add even more to the experience of chasing the Northern Lights, book a reindeer sledding tour to make a proper Arctic experience. If you combine this with sleeping in a traditional Sami tent and making food at a bonfire, you're guaranteed to have an experience of a lifetime.

Going on a relaxing walk along one of the beautiful beaches on the Lofoten Archipelago is also a popular attraction during the Polar Night. While you might not go for a swim, the deep blue sky creates a beautiful glow in the surrounding landscape.

If you're looking for something even more comfortable, how about going on a cruise from Tromsø? As you might understand, Northern Lights are the main theme of the Polar Night and these cruises are a unique way to chase them. You can choose between sitting inside with panorama windows or standing on the deck.

The opportunities are endless and there's still a lot to explore even though the sun stays beneath the horizon.