Most Stunning Roads in Norway

Driving in Norway is an experience most people never forget. There’s no lack of stunning roads and the scenery along them are quite often breathtaking. Whilst being spectacular, some of the roads can also be quite nerve-wracking. These are some of the most beautiful roads in Norway:

Norway’s most famous road is the intimidating but beautiful Trollstigen, the Trolls Ladder in English. Trollstigen is the ending point of the 106km long National Route from Geiranger.

This road is more dramatic than most are used to and it takes you through some of Norway’s most beautiful sceneries. The road is narrow and the elevation gain is significant but it remains one of the most traveled National Roads in Norway.

The main attraction, Trollstigen, consists of 11 hairpin bends and a 9% incline and is surrounded by magnificent mountains. Along the way, there are several possibilities to stop the car and take a couple pictures but the greatest view is from Trollstigen Visitor Centre. From the Visitor Centre, which is located at the top of the incline, you can walk out to two viewpoints that reveal the entire road in its beauty.

Note that the Trollstigen mountain pass is closed during autumn and winter and typically the road is open from the end of May until October, though this might vary from season to season.

At the opposite end of the Geiranger-Trollstigen National Route lays the equally spectacular Ørnesvingen, which translates to the Eagles Turn. This is another steep ascend that consists of 11 hairpin bends. 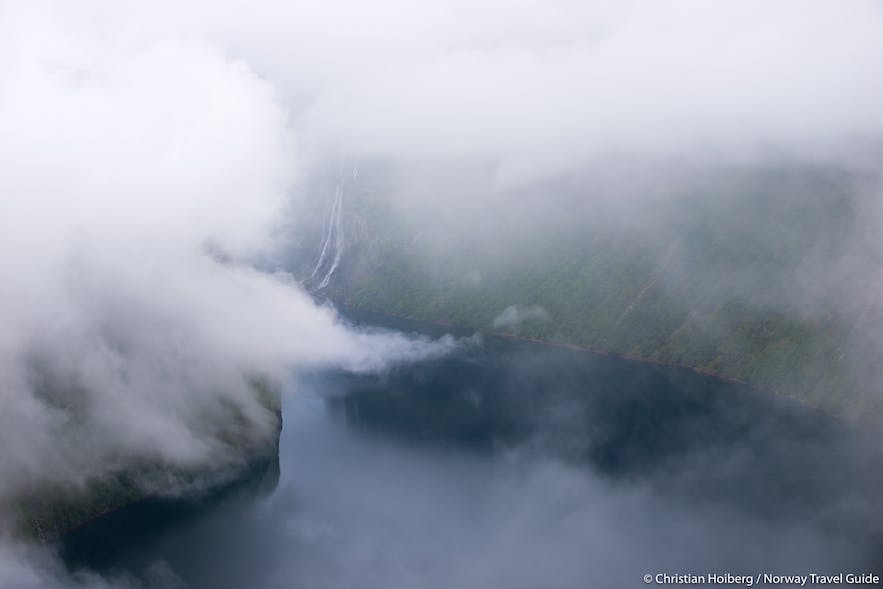 Similar to Trollstigen, this road offers views that impress. From Ørnesvingen viewpoint you can see the Geiranger Fjord and surrounding mountains plus “The Seven Sisters” waterfall that falls into the fjord.

Many also choose to take a cruise from Geiranger and explore the fjords by sea. Watching a large cruise ship enter the fjord is rather impressive!

If hairpin bends aren’t something for you, driving along the Atlantic Ocean Road, Atlanterhavsveien, might be a better option.  While it’s still a windy road, there are no vertical drops on any side. However, if you visit during a stormy period you might get a glimpse of some real Norwegian weather.

The scenic road runs between the villages of Kårvåg and Vevang and is in total 8.3 kilometers. Between the two villages, the road passes by several small islands that are connected by impressive bridges. 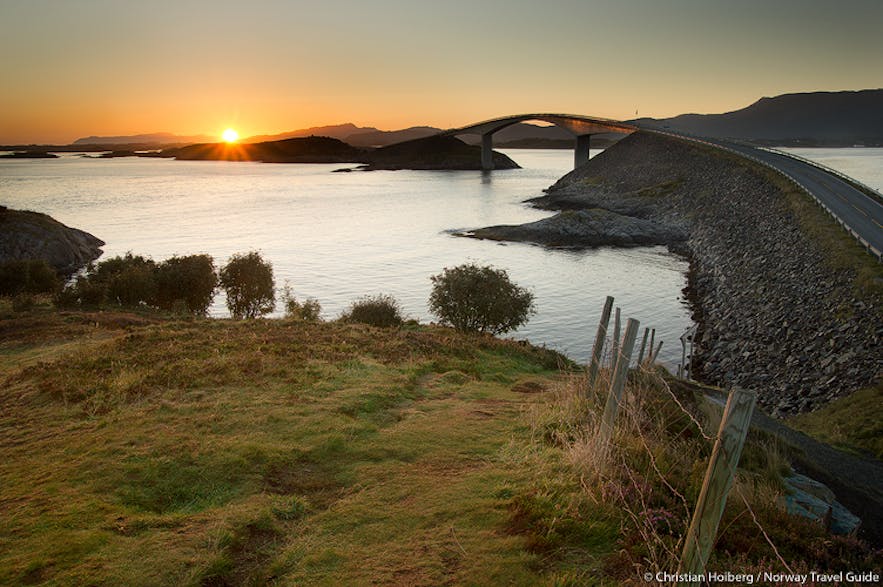 Atlanterhavsveien was declared the world’s best road trip by the Guardian in 2006. Anyone who drives here will understand why! The road has also been featured in several automotive commercials and movies due to its beautiful surroundings.

Storseisundbrua is and iconic bridge along the road where most tourists stop to take a couple of images.

How about driving through some of Norway’s most dramatic landscapes? The 230 kilometer long Lofoten National Tourist Route runs along staggering mountains, picturesque villages, and majestic seascapes. 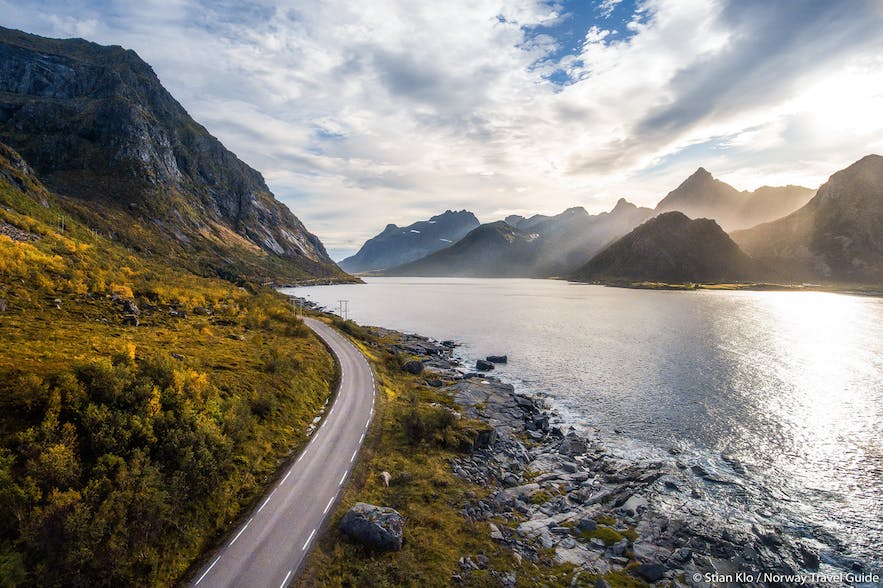 Lofoten is beautiful no matter the season and always offers a wide variety of scenery. Stopping by some of the small fishing villages can be a good alternative when the winds are at the strongest and you need a break from driving through the raw and powerful landscapes.

Popular destinations along the route include the idyllic Ramberg Beach, Austnes Fjord and Reinehalsen – one of Norway’s most photographed peaks.

During peak season the road can be quite busy as many choose to plan their vacation on the Lofoten Islands. Visiting during winter, however, is equally beautiful plus you have a good chance of seeing the northern lights.